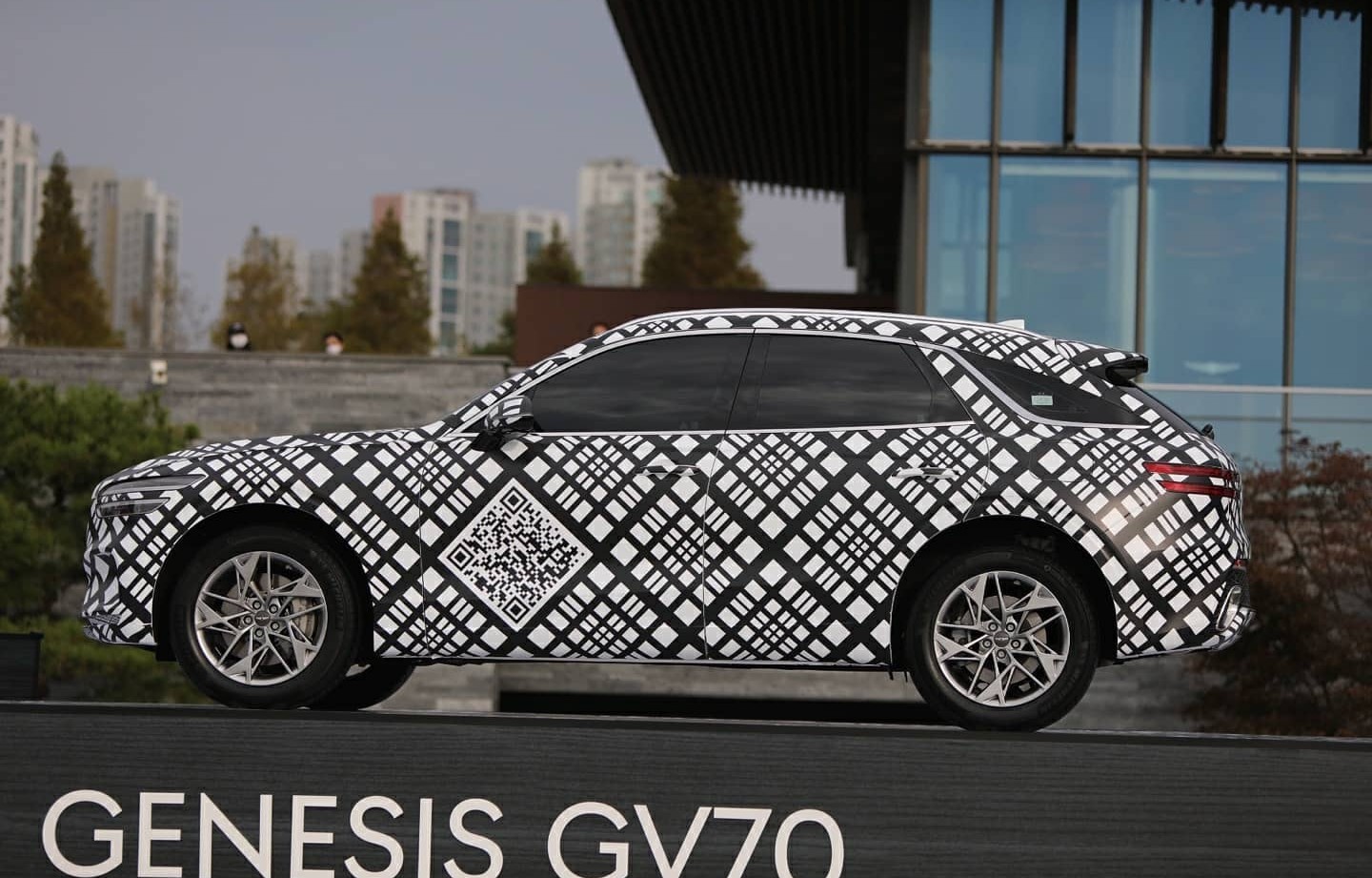 While Genesis have teased its new Genesis GV70 SUV in South Korea with a stickered pre-production model, they have several prototypes around the country making some hype with their G-Matrix camouflages and QR codes and while the reveal date is still unkown, Genesis have showcased the stickered GV70 at the last weekend “Genesis Championship” golf tournament held in South Korea.

The camouflaged GV70 will be tested on public roads in Korea for one month, beginning today. Observers who are fortunate to catch it in the wild can scan a QR code on the vehicle’s wrap to learn more about the camouflage pattern and G-matrix.

“We are thrilled to share this early sneak preview of our second SUV, the Genesis GV70,” said Genesis official. “It telegraphs an exciting new design and reinforces the core brand values that run through our lineup. We look forward to sharing full details on GV70 with everyone in the near future.”

G-Matrix is inspired by the diffused reflection of light from precision cut diamonds and is a core part of the Genesis brand identity. Drivers can look forward to the creative application of the pattern on the GV70 in different ways, emphasizing the details that are emblematic of the Genesis brand.