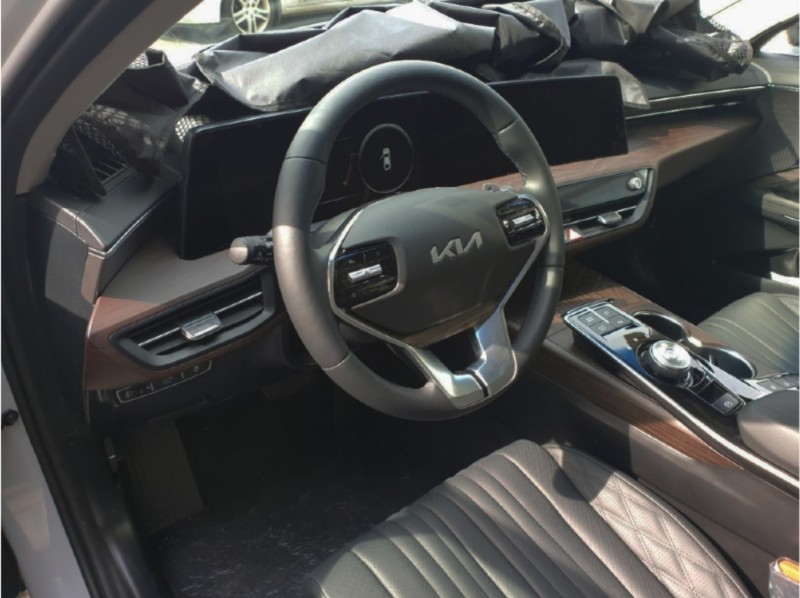 Today we want to show you the new and higher quality interior pictures of the All-New Kia K8. Despite these are unnofficial pictures, thanks to K7 GL3 Club, we can take a look inside again and what we can see is what it was expected, a one-piece of glass dual widescreen, rotary gear selector or a new steering wheel with Kia’s new logo. What are your thoughts?