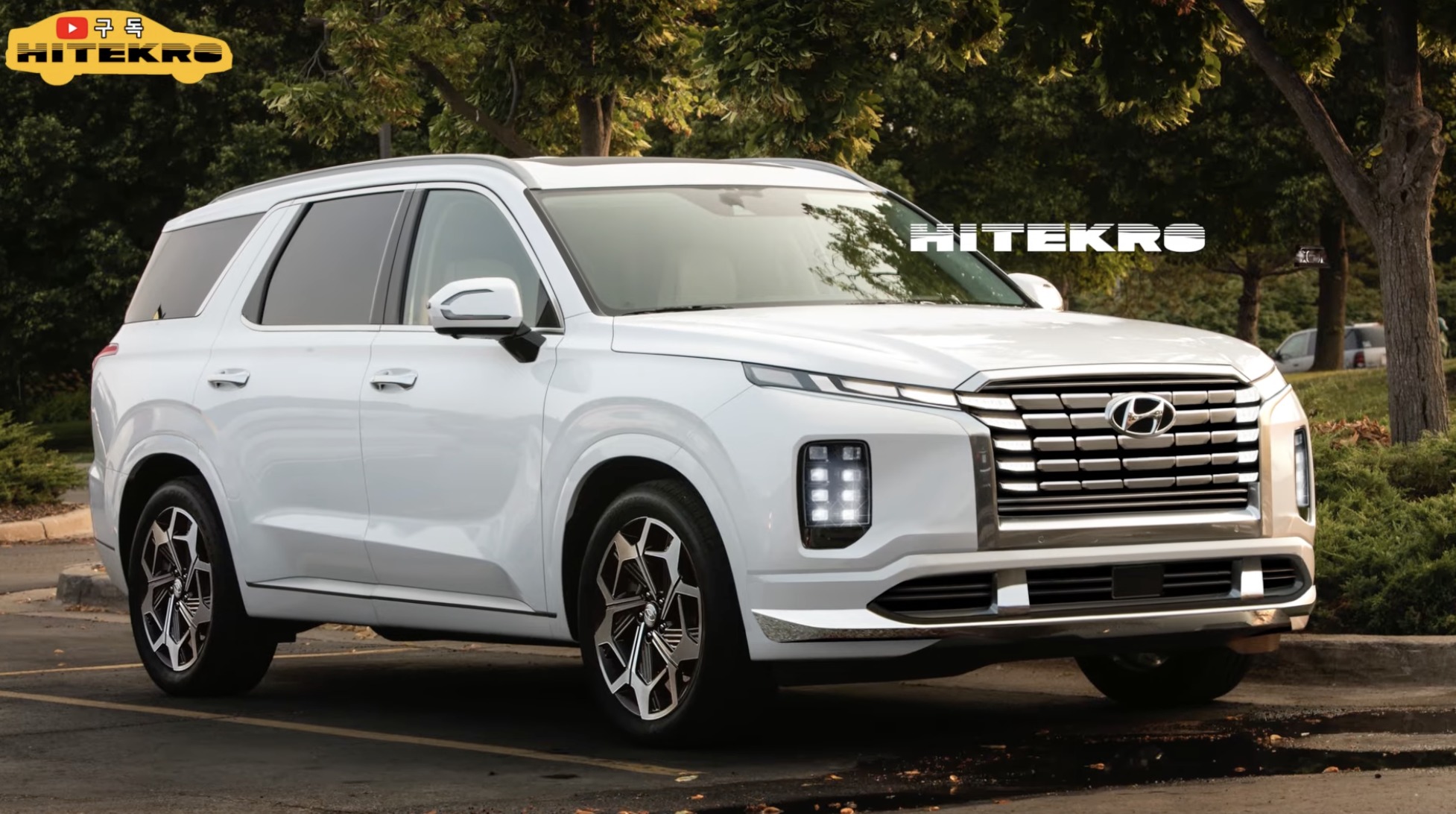 South Korean carmaker is already working on the mid-cycle facelift for the Hyundai Palisade SUV. We already have seen several spy pictures showing the front as well as base taillights and during the last week we have seen the new taillamp LED signature. Now, our colleagues from Hitekro created a new rendering. Thoughts?