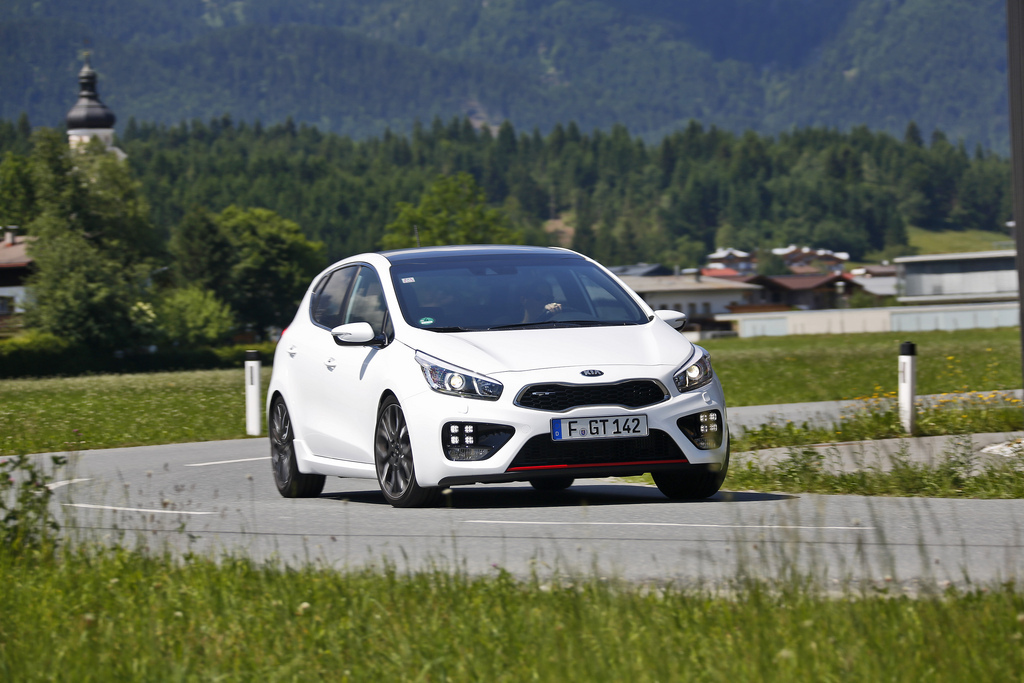 This Hot new faster model means Kia hopes to compete with the best on the segment like Golf GTi and Megane RS. This car will be developed at the Hyundai-Kia European Test Centre at the Nürburgring. Kia engineers are likely to favour reducing weight and tweaking the suspension rather than obtain more power of the 1.6-litre turbocharged engine mount in the standard cee’d GT and pro_cee’d GT models.

Also a Kia Rio GT is being rumored, but maybe we need to wait for the refreshed Rio, which is due in the next 12-18 months. Kia will also be introducing a range of styling and performance upgrades for its models, starting with the new Kia Soul and the SUV Package, which is expected in Europe earlier next year.

But Kia will not focus only sporty models, its engineers have also been working on a new 1.0-litre three-cylinder turbocharged T-GDi engine for the cee’d family. This new Kia cee’d engine will be ready to fight with three-cylinder Ecoboost engine in the Ford Focus in 2015.

Enjoy the 147 High Resolution Photo Gallery of the Kia pro_cee’d and cee’d GT.