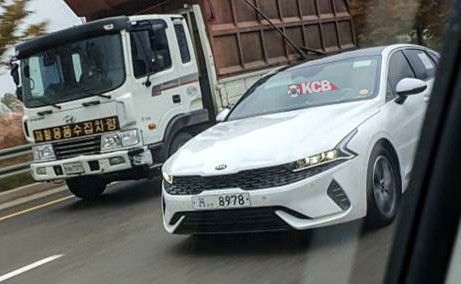 After a few weeks of continuous leaks, yesterday Kia Motors finally released the first official exterior images of all-new Kia K5 fastback, also know as Optima for overseas markets. Today we have the first undisguised pictures of the all new sedan as test cars were removed the camouflage.