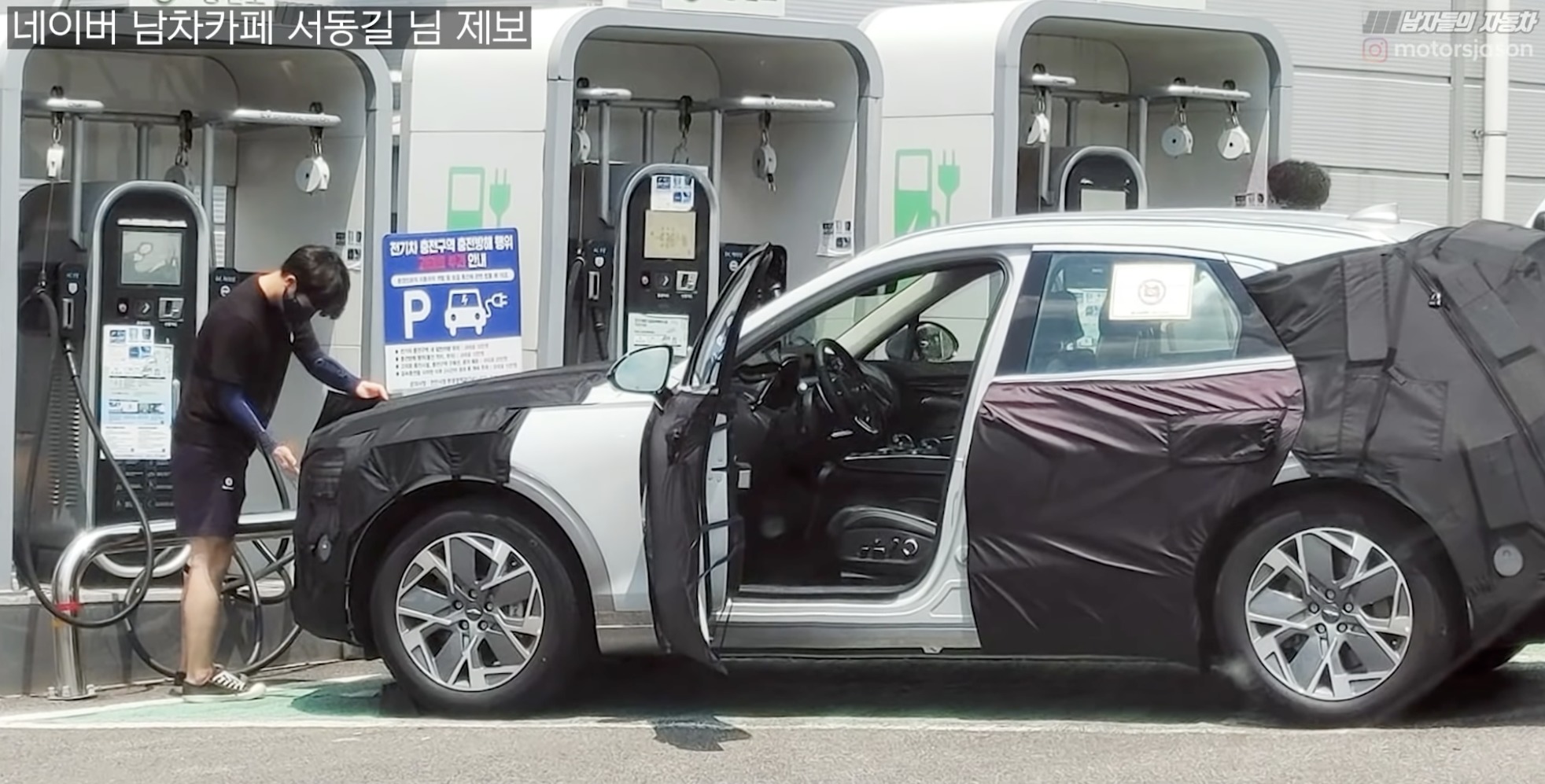 As you may know, Genesis skipped Hybrid’s and go directly to electric vehicles. Following their first-ever electric vehicle, the eG80, the Electrified GV70 and compact crossover will join the family. Now we have new pictures of the eGV70 taken in South Korea. The reveal is expected for November.