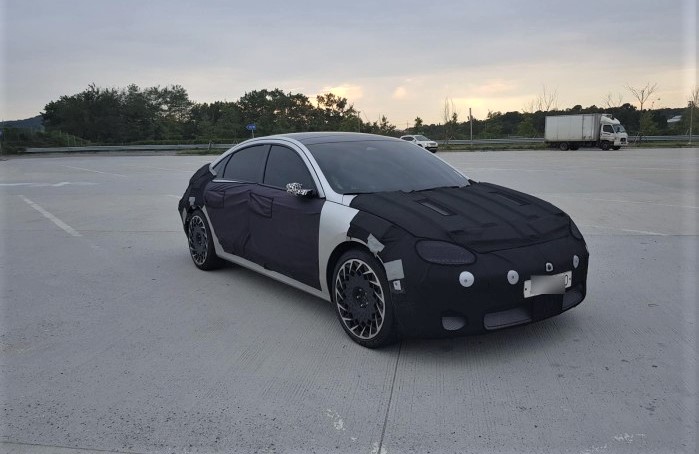 Today we want to share with you the latest pictures of Hyundai IONIQ 6. The latest news were not that good as Hyundai will delay the SOP of its second dedicated EV from March 2022 to June 2022. The reason? The introduction of a larger battery pack, redesigned front and rear bumpers or the addition of world’s first lightning grille.