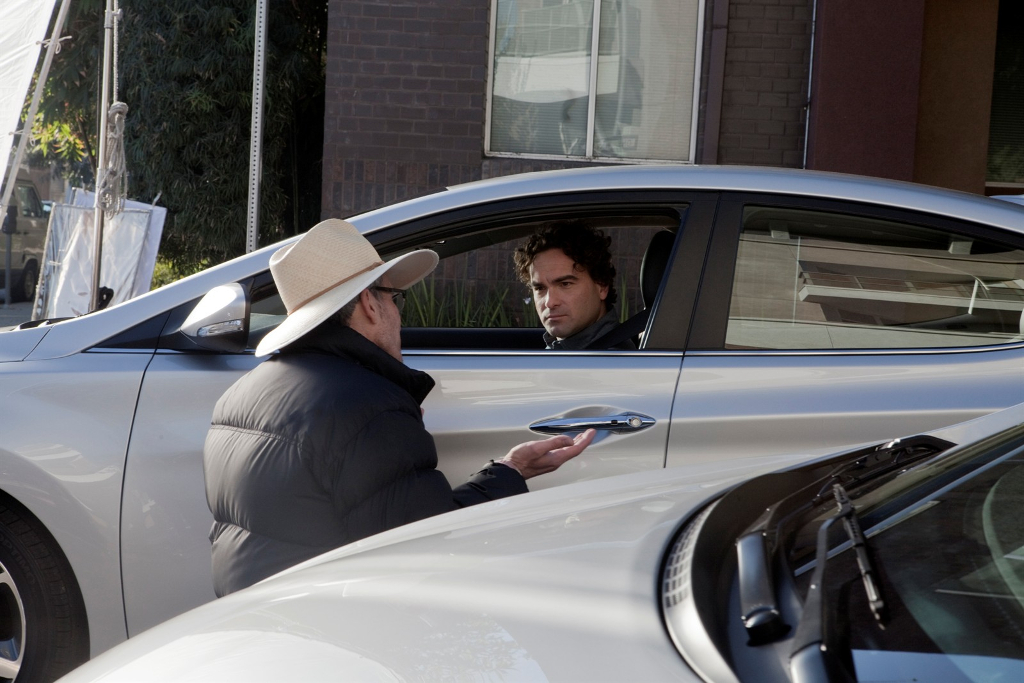 Award-nominated actor Johnny Galecki, one of the stars of the CBS hit show “The Big Bang Theory,” will headline a 30-second, game-day Hyundai spot during Super Bowl XLVIII on February 2, 2014.

[ads id=”0″ style=”float:left;padding:5px;”]The commercial, titled “Nice,” opens with Johnny Galecki behind the wheel of a brand new 2014 Elantra. When an attractive young woman pulls up next to him in the exact same Elantra, he seizes his opportunity and compliments her on their shared good taste. “Nice ride,” he says. The light turns green; a flirtatious game of one-upsmanship ensues. The comedy goes off the rails, with big surprises around every turn. Legendary comedian Richard Lewis even makes a cameo as Galecki’s passenger, adding his own rambling commentary. The creative was developed by Hyundai’s agency of record, INNOCEAN USA, and directed by Super Bowl veteran Jim Jenkins.

The spot is a milestone for Galecki. The Hyundai ad represents the first time he has endorsed a product or brand on air. With an acting career that spans more than 25 years, Galecki is known best for his roles in the award winning series “Roseanne” and “The Big Bang Theory” which enters its 7th season this year. Galecki is currently in pre-production on “Here’s Your Damn Family”, his first project as producer with Ricky Blitt and Stephen McPherson for Warner Bros TV.

“I’ve always loved Super Bowl ads – the commercials during the game are always the highlight for me,” said Galecki. “In this Hyundai spot, there’s a car chase, there’s explosions, and even a car jump – it’s exciting, cinematic and filled with humor. I can’t wait for everyone to see it!”

Known as the “Prince of Pain,” Lewis is considered one of the greatest stand-up comedians of all time and is a well-respected writer and actor. He has starred in notable TV shows and films including “Anything But Love,” “Curb Your Enthusiasm” and “Leaving Las Vegas.”

“As veteran Super Bowl advertisers, we are excited to work with celebrity talent for the first time this year,” said Steve Shannon, vice president of Marketing, Hyundai Motor America. “The Elantra spot continues Hyundai’s longstanding tradition of using humor to highlight vehicle performance and function. By adding Johnny and Richard into the mix, we capture the fun and playful spirit of the car and we up the entertainment value for the game-day audience.”

Hyundai’s Super Bowl line-up also includes another 30-second spot during the first quarter. Titled “Dad’s Sixth Sense,” it dramatizes the near-misses of everyday parenting. In scenes both touching and humorous, Dad is there again and again as his son grows up. The commercial culminates with a final breathtaking save – only this time, it’s the advanced safety features of Hyundai’s all-new Genesis that has the young man’s back.