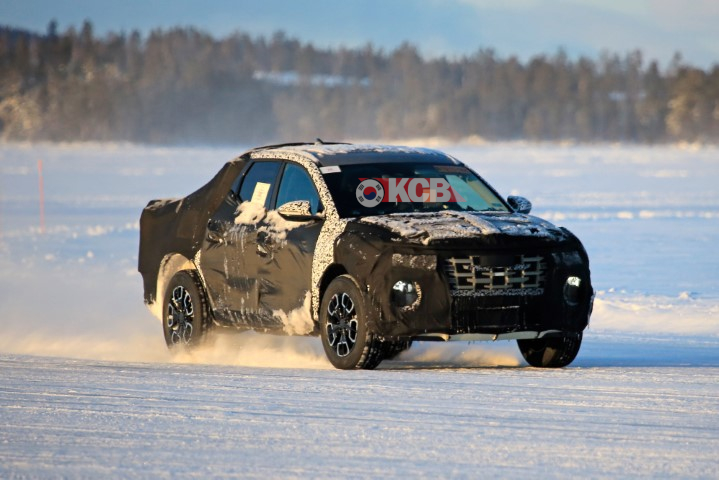 Update: Spy pictures are taken in the Artic Circle. The Hyundai Santa Cruz reveals a massive grill and huge wheels with a very modern design.