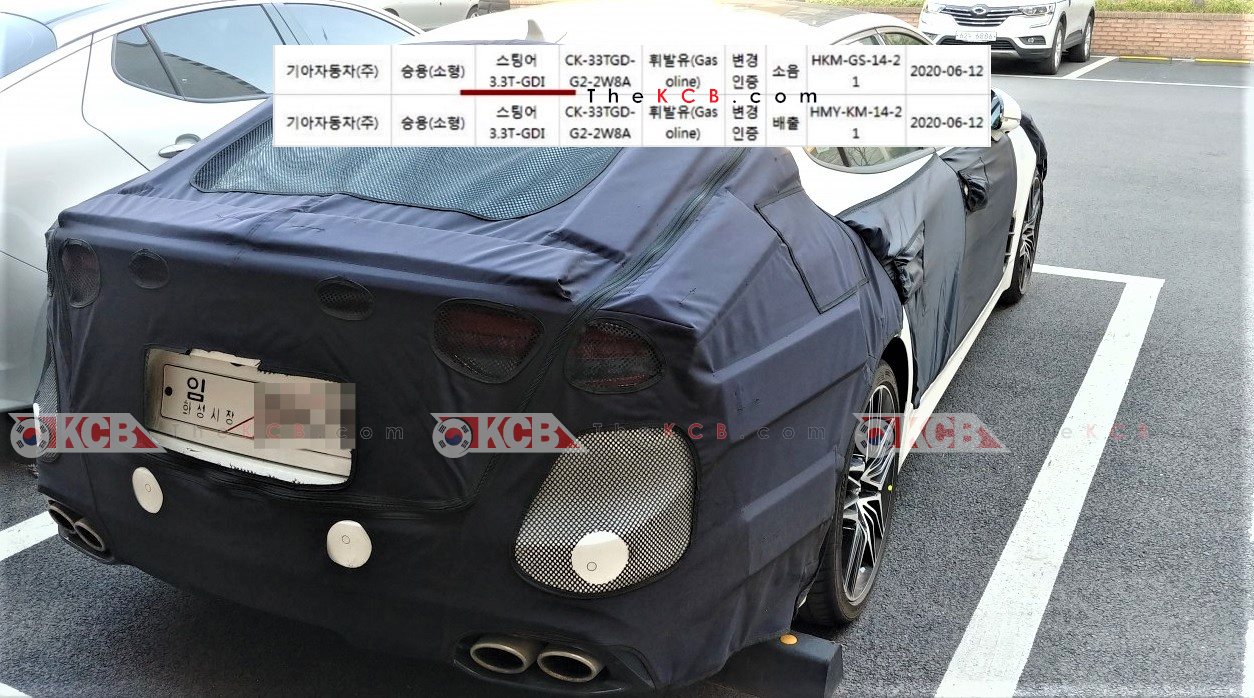 Bad news from South Korea where this information of Kia Stinger facelift emission certification has reached the internet and shows that the Stinger, known as CK, have passed it on June 12, with the 3.3-liter engine. That could mean two things, the South Korean model will keep the current engines or all models will do it.