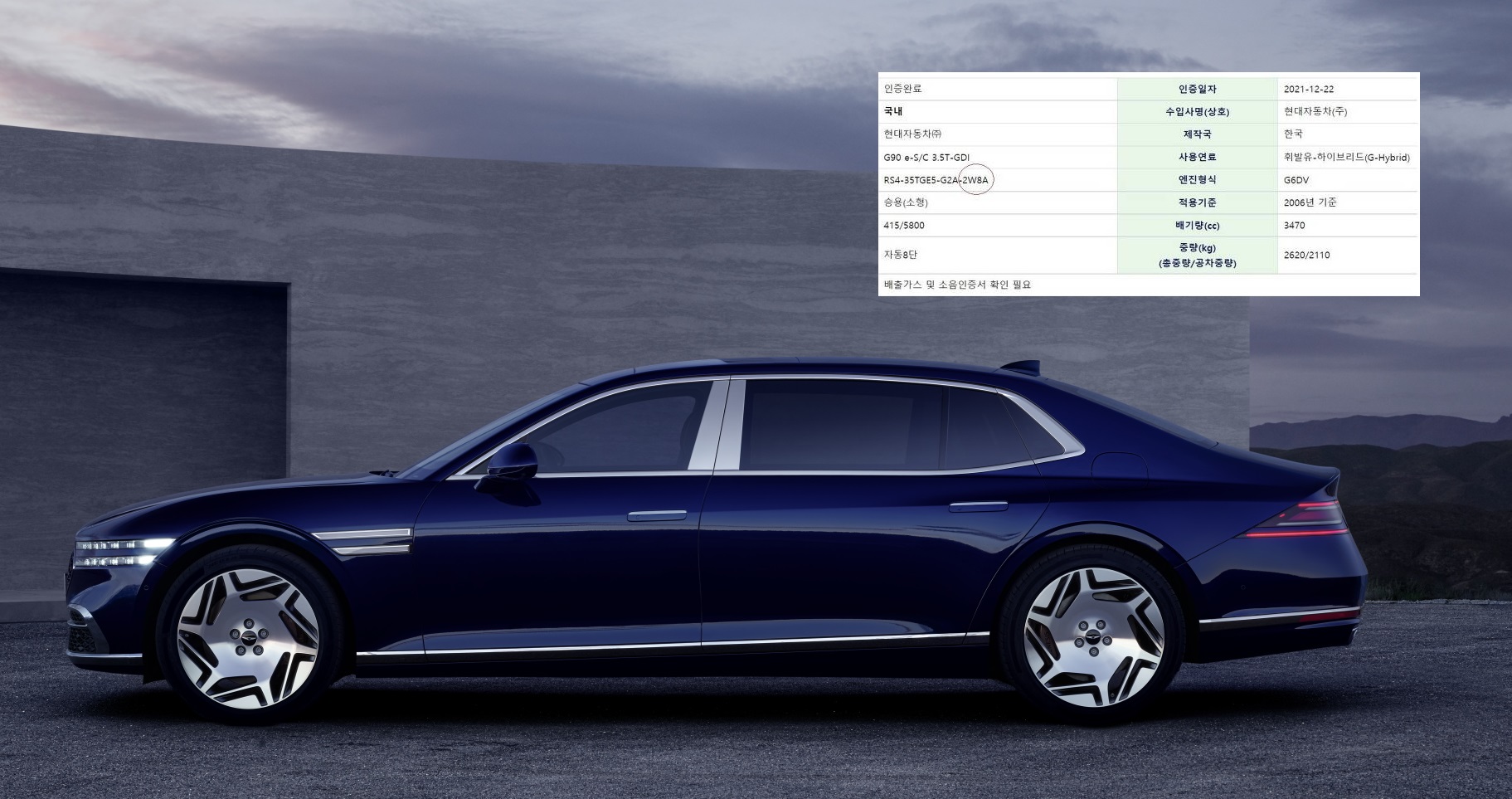 Maybe you remember when Genesis revealed its 4th-generation G90 luxury saloon. Together with the regular version, Genesis also showcased the G90 limousine and talked about a 3.5 Turbo engine with a 48 volt electric supercharger or “e-S/C” which made to create some hype about the final output of this engine.

Now and after being certificated by the Ministry of Industry and Enviroment in South Korea, we know that the final output was increased from 380 to 415 hp thanks to the addition of the electric supercharger.

According to the luxury brand, this engine supercharges compressed air to reach maximum torque performance faster than other 3.5 turbo engines, increasing acceleration response at low and medium speeds.

We wonder, is this the way Genesis plans to release future models until turning into a fully electric brand starting in 2025?.

Check this comparison between the original info shared by Genesis and recent’s G90 Limousine engine certification document below.