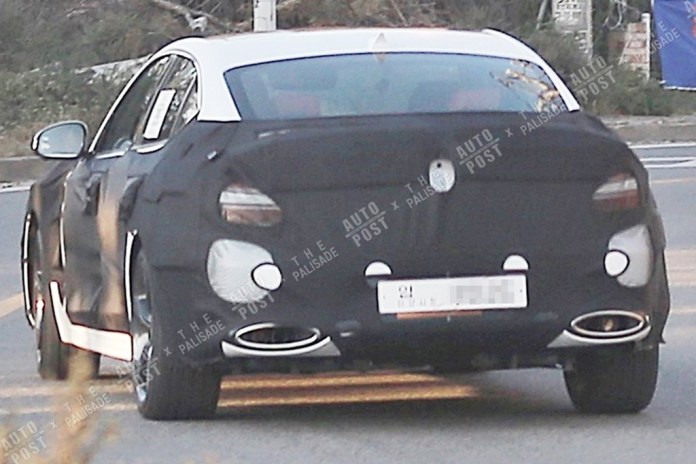 The Genesis G70’s facelift will arrive at the end of the year 2020 according to our industry sources. Some improvements will come from the hand of the mid-cycle refurbishement that will fix some areas, like improved powertrain including 2.5 & 3.5-liter Turbo engines, reducing weight and superior driving performance.

Genesis released the G70 back in September 2017 and the mid-sized luxury rear-wheel drive sports sedan has been popular for about 2 years, but the report said it also has some complaints from customer and media who tested it, like its fuel efficiency, that compared to its competitors has 15% more fuel consumption per liter than competitors.

Compared to its German brand premium competitors, this was G70’s Achilles’ heel. But this will changes as Hyundai Motor Group announced that it succeeded in reducing the weight of the lower body by 12kg compared to the existing weight of the G70.

Fuel economy achieved 12.3km/l, a 10% improvement from 10.7km per liter, compared to the existing 2.0-liter turbo. Albert Biermann, Hyundai’s Chief of Research & Development were unhappy with the driving performance of the existing G70, specially on high speed stability & driving. It was reported that it was corrected and improved.

We also expect some changes in the interior, as we recently spied the interior with a new widescreen infotainment system that sure will have Genesis Connected Services as well as updated 3D instrument cluster a better quality materials.