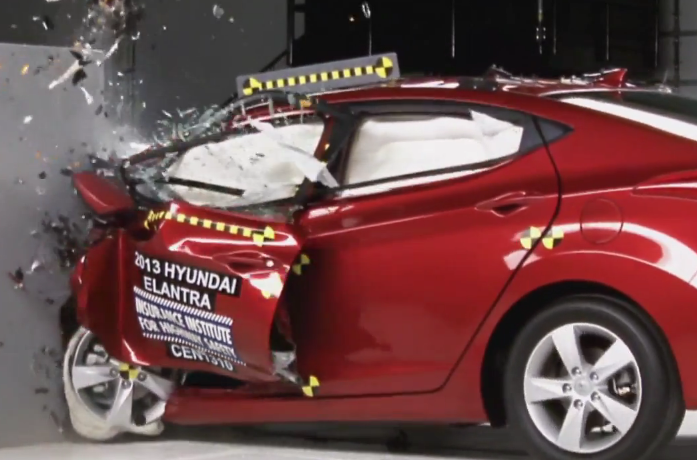 Yesterday we were talking about the latest results from the Insurance Institute for Highway Safety’s (IIHS) TOP SAFETY PICK+. 2014 Kia Forte and 2013 Kia Soul failed and the 2013 Hyundai Elantra sedan was one of only korean cars to receive the highest honor from IIHS and today we come with all the details.

[ads id=”0″ style=”float:left;padding:5px;”]IIHS rates vehicles in a moderate overlap front crash, small overlap front crash, side impact and rollover test, plus evaluates seat/head restraints for protection against neck injuries in rear impacts. Winners of the TOP SAFETY PICK+ award must earn good ratings for occupant protection in 4 out of 5 evaluations and no less than acceptable in the fifth test. The “plus” indicates a good or acceptable performance in the small overlap test.

The dummy’s head contacted the frontal airbag but slid off the left side, leaving the head vulnerable to contact with forward structure. Additionally, the seat belt allowed excessive forward excursion of the dummy’s head and torso. The side curtain airbag deployed and had sufficient forward coverage to protect the head from contact with side structure and outside objects. The side torso airbag also deployed.

Measures taken from the dummy indicate a low risk of any significant injuries in a crash of this severity. (Note: during the test, most injury data from the neck were not obtained, but after the Institute considered the low head injury and neck bending moment measures, in combination with good head engagement with the frontal and side airbags, the head/neck injury risk was rated good.) 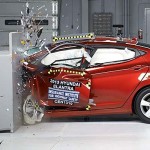 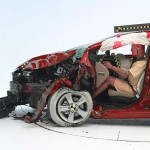 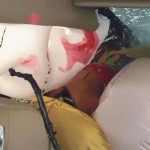 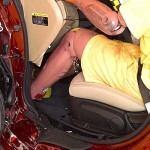 “Hyundai is committed to providing its customers with the industry’s best safety features across our entire lineup,” said Mike O’Brien, vice president, Corporate and Product Planning, Hyundai Motor America. “Elantra’s designation as a TOP SAFETY PICK+ positions it as a leader in the segment and a great choice for consumers looking for a compact car.”

To keep drivers as safe as possible, Elantra, the 2012 North American Car of the Year, has a suite of active and passive safety features. Its Vehicle Stability Management (VSM) system optimally manages the ESC (Electronic Stability Control) and the Motor-Driven electric Power Steering (MDPS) to help maintain vehicle control.

In terms of passive safety, the Elantra has strong unibody construction, along with front and rear crumple zones. The rear doors also have internal dual beams, unlike some of its competitors.