Exclusive: Kia to Debut Next Generation Sorento in August 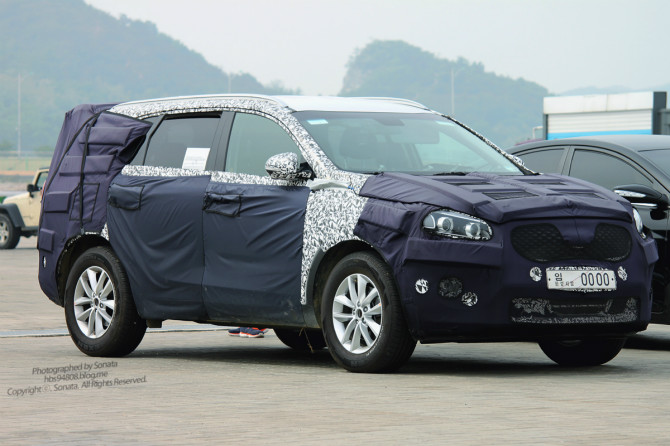 Few days ago we shared the latest spy shots of the next-generation (the third) of the Sorento SUV (codenamed as UM). Kia is finishing the development os his second biggest SUV, just when South Korean sales of the Sportage R & Mohave growth 30% last month.

[ads id=”0″ style=”float:left;padding:9px;”]Kia could give the final blow with a new generation Sorento, with the latest Kia’s design identity and updated technology, infotainment, safety, convenience and fuel economy. The new generation Sorento will comes with a choice of diesel CRDi and gasoline direct injection (GDi) Turbo & V6 engines to be confirmed soon.

According to our sources, is expected that the Sorento SUV will debut into the South Korean local market during August 2014, offering a diverse choice of recreational vehicles in time for the upcoming camping season, the automaker hopes to make up for lackluster sedan sales.

Later in the year, probably at the 2014 Los Angeles AutoShow held in November, Kia will launch the US-market Sorento.