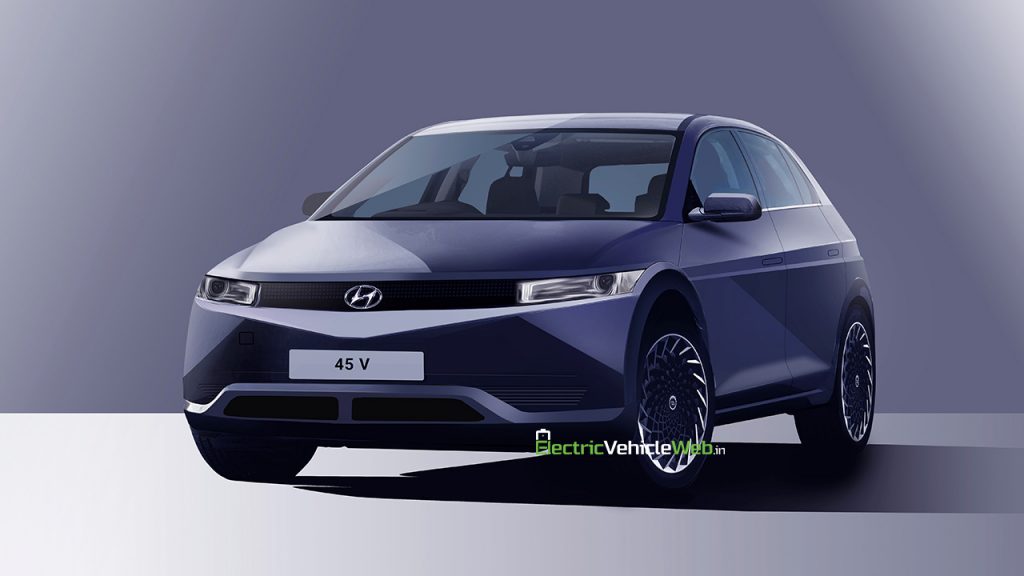 After we have seen many spy pictures including one set with less camouflage and the first sneak peek inside of Hyundai’s first EV of a new era of electric cars, the Hyundai 45 EV. Today we want to share with you what I think is the first render of the production version, courtesy of our friends at Electric Vehicle Web, based in India. What do you think?