Kia CV Spied In & Out While Playing in the Snow 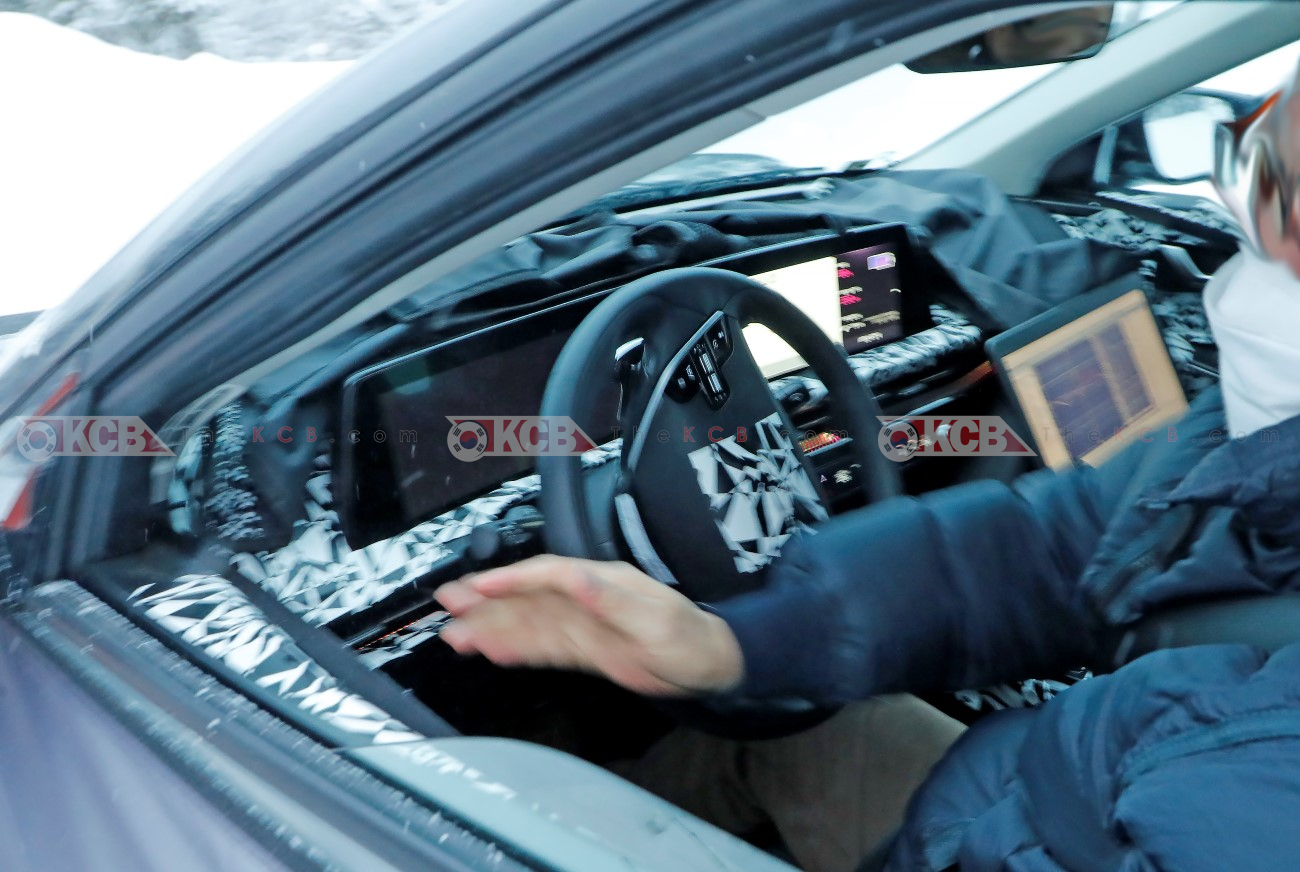 After we shared that Kia’s first dedicated EV or Kia CV will be revealed by the end of Feburary, today we have new revealing pictures of the interior, spied in Sweden by CarPIX. First Kia EV to use Hyundai Motor Group’s new dedicated electric platform or E-GMP, alongside Hyundai’s IONIQ 5 and Genesis GV60, shows a new steering wheel design, the rotary gear selector we already have seen in K5, Sorento or Carnival and two wide screen configuration.