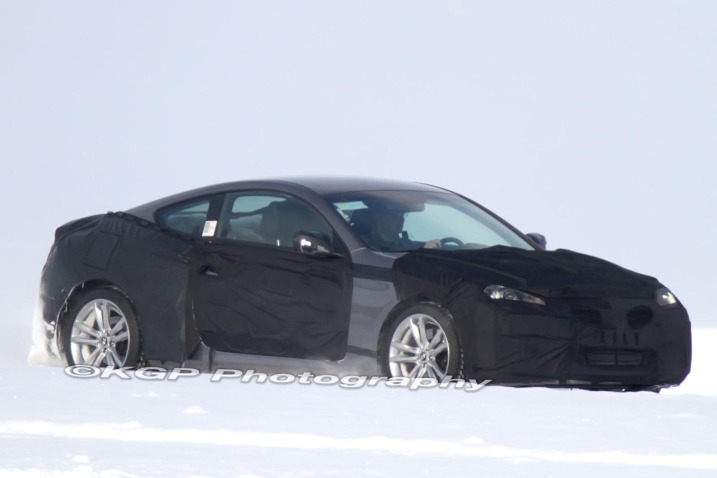 People from Inside Line has confirmed the refreshed Hyundai Genesis Coupe will debut at the 2012 Detroit Auto Show. It will feature an updated exterior along with increased power ratings for both of its engine offerings.

Actually, the rear-wheel-drive 2011 Hyundai Genesis Coupe is powered by either a turbocharged 2.0-liter inline-4 engine (in 2.0T models) or a 3.8-liter V6 (in 3.8 models). The four-cylinder engine generates 210 horsepower and 223 pound-feet of torque, while the V6 pumps out 306 hp and 266 lb-ft. For the 2.0T, Hyundai offers either a six-speed manual transmission or a five-speed automatic with manual shift control. For the 3.8 models, there’s the manual or a six-speed automatic, also with manual shift control.

The V6 upgrade is expected to mimic the changes already announced on the 2012 Genesis sedan. The addition of gasoline direct injection (GDi) and a higher compression ratio bumps output on the V6 to 333 hp and 291 lb-ft of torque. No exact power figures have been discussed regarding the 2.0T (274 horsepower like the 2.0 T-GDi seen on Optima or Sonata??), but we expect only modest gains as Hyundai isn’t likely to do anything that will adversely affect the Coupe’s mileage figures. The Genesis 2.0T is capable of getting up to 30 mpg on the highway.