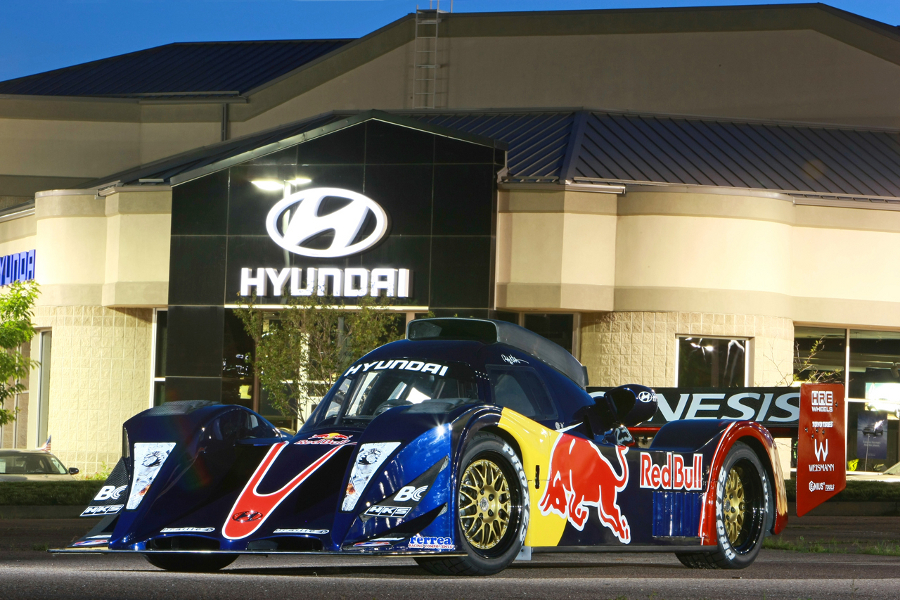 Hyundai has seen its trajectory rise exponentially over the past few years, but one thing it still lacks is a halo supercar. Rumor has it, however, that the Korean automaker could be looking to fix that with a new challenger to the likes of the Nissan GT-R, Porsche 911 and Chevrolet Corvette.

Inside Line reports that the rumors remain unsubstantiated but appearing to be growing legs just the same, with front- or mid-engine layouts reportedly under consideration. The closest thing Hyundai has done to date was collaborating on the RMR Genesis PM580, Rhys Millen’s Pikes Peak challenger (pictured above).

According Inside Line, power could come from an enlarged version of the 5.0-liter Tau V8 in the 2012 Genesis R-Spec, with a price tag mooted in the $80,000-$100,000 range. Enticing, certainly, but we have a distinct feeling this is one of those rumors that’ll never come to see the light of day.