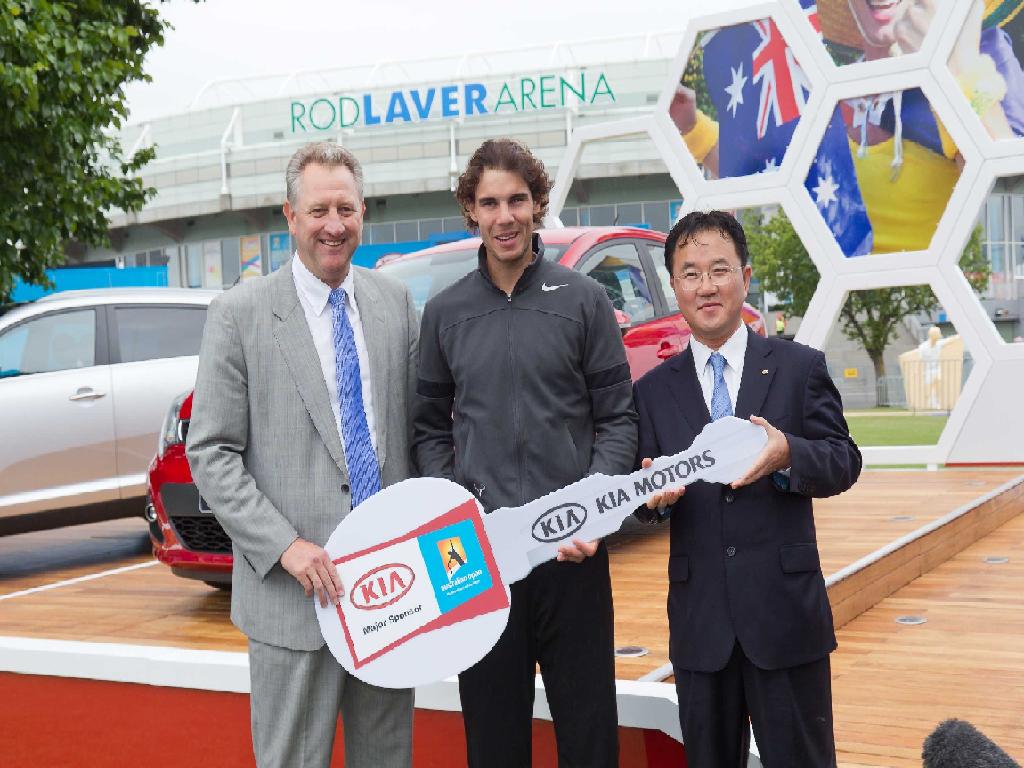 For this special occasion, the 101 specially-equipped tournament official vehicles fleet handed by KIA Motors  -including the all-new Optima, as well as Sedona (Carnival) people carriers, Sorento CUVs and Rio subcompacts- is expected to clock over 400.000 kilometers during the event, with 215 trained volunteer drivers behind its wheels.

This fleet is also used to move all the Open players, officials, VIPs, media and staff around Melbourne. As a titanic exercise of logistics, KIA Motors support is a rely for the Comitee and an example of KIA Motors trustworthy attitude.

In Steve Wood (CEO of Tennis Australia) words, “The Australian Open is the biggest sporting event in the world in January, and I’m pleased to again accept the fleet of Kia vehicles which will effectively keep the tournament moving over the next few weeks”.

Also, KIA Motors sponsor includes the Melbourne live site -a place where all the Open fans can follow the tournament, and in addition, KIA cars will be displayed in several spots including Melbourne Park, nearby the Grand Slam Oval.

Previous Article
Kia at the 2012 CES [w/videos].
Next Article
Russia: Kia starts production of the K2/Rio Hatch in his new plant.

Genesis To Have Six New Models by 2021