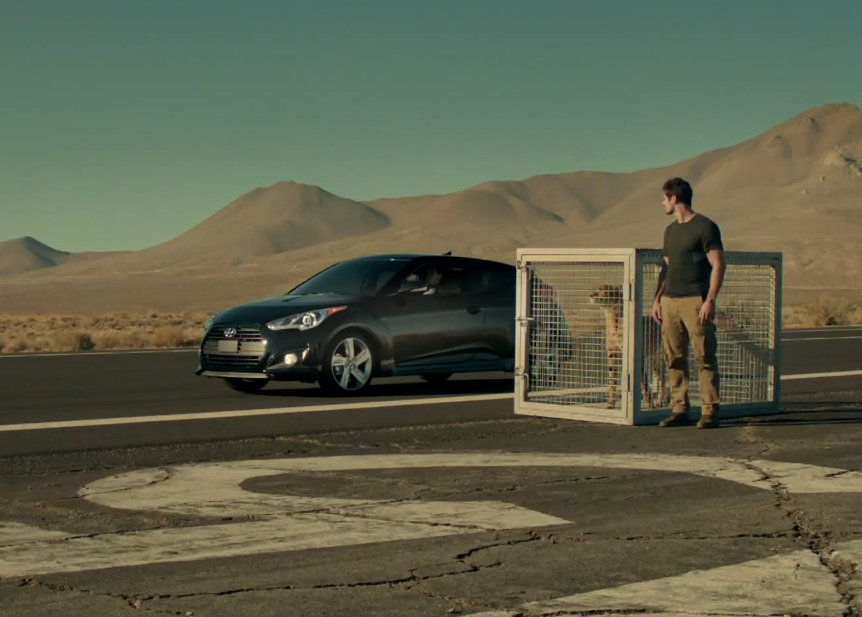 It was to be expected that Hyundai’s main commercial for the upcoming Super Bowl XLVI would encompass its most recent creation, the new 201-horsepower Veloster Turbo sports hatch that made its world premiere at the Detroit Motor Show earlier this month.

The 30-second spot is titled “Cheetah” and is slated to air on TV during the first quarter of the game. It shows a caged cheetah getting ready to race the Veloster Turbo. However, when the big cat realizes it can’t beat the Hyundai model in speed it turns around to chase something a little more tasty.

Head over the break to see the new commercial along with a “behind the scenes” video before it airs on television.