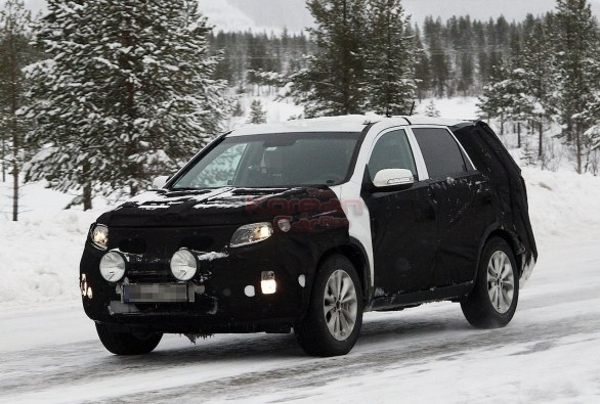 Do you remember when two months ago we published an exclusive line-up for Hyundai–Kia next models until 2015?. Well, among them was the Sorento and today we like to share with you the first spy photos of the upcoming facelift on the Sorento. Kia is getting ready to take the fight to the Germans on every front, and the Sorento CUV, which should debut towards the end of the year, should prove very valuable.

The most important change to the exterior will be made to the headlights, which are being completely overhauled. Expect it to get a look that’s not too distant to the new cee’d hatchback for the European market. The spy photographers say the Sorento was being tested together with the Audi Q5 and Mercedes GLK, suggesting is being compared to some very strong benchmarks.

The current generation of the Sorento CUV was first previewed at the New York Auto Show in March 2009. This new generation uses a unistructure body and is Kia’s first model built in the United States. The vehicle you see here is a mid-life facelift of their popular vehicle, spotted undergoing winter testing.