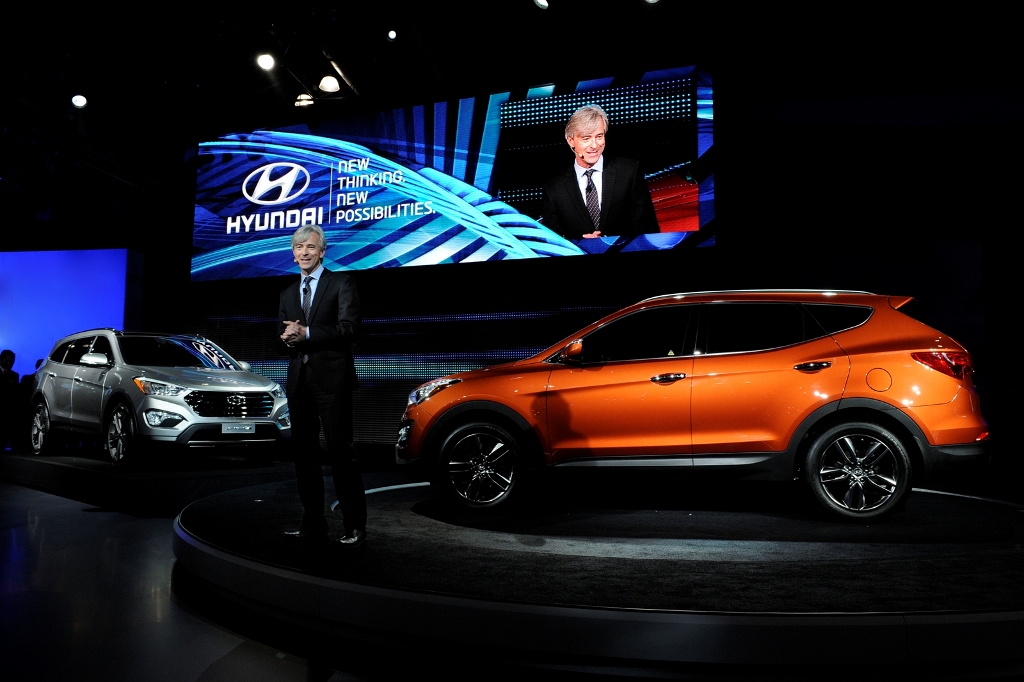 Hyundai’s curvy sheet metal has been well-received since it debuted on the Tucson crossover in 2010. But the automaker will tone down the curves with a new design language, starting with the restyled Sonata mid-sized sedan in the summer of 2014.

In the meantime, a redesigned 2013 Santa Fe hits showrooms starting this month, and a new seven-passenger version of the Santa Fe will replace the aging Veracruz early next year. Both will be 2013 models. A re-engineered Genesis sedan could arrive in late 2013.

A four-door sports sedan is still in the pipeline, though it’s not expected to arrive for at least a few years. Here are the highlights for the 2013-15 model years from company and other sources.

Accent: The Accent was redesigned last summer. No major changes are planned until the 2016 model year.

Azera: A redesigned 2012 Azera large sedan went on sale in the spring. A freshening is expected for the 2015 model year if Hyundai follows typical improvement cadence.

Equus: Hyundai’s rear-wheel-drive flagship will get a freshened exterior next summer for the 2014 model year. A major restyling or re-engineering for the Equus isn’t expected until 2015 or later.

Elantra: This summer’s launches of new Elantra variants — a two-door coupe and five-door hatchback — created a family of products for the 2013 model year.

The Elantra sedan is scheduled to be freshened in late 2013 for the 2014 model year. The changes could occur in the 2015 model year. An optional 2.0-liter gasoline direct injection engine will be added to complement the current 1.8-liter port-injection engine.

A redesigned or restyled Elantra is expected to arrive in the United States in calendar 2015. 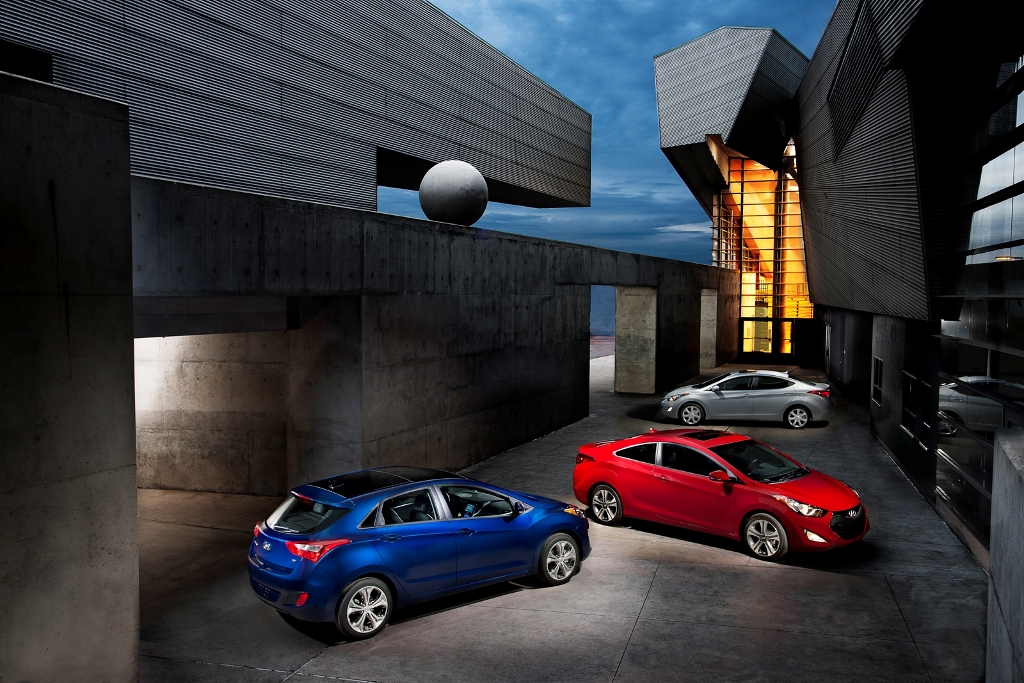 Genesis: A re-engineered and restyled Genesis sedan is on track to hit U.S. showrooms in late 2013 as a 2014 model. The changes could occur in the 2015 model year. The biggest mechanical change will be the addition of all-wheel drive, a first for a Hyundai sedan.

Hyundai engineers, benchmarking the BMW 5 series and Audi A6, are striving to improve the Genesis sedan’s ride and handling. The platform will be largely carried over from the current generation, but the suspension is being modified. New sheet metal and a more luxurious interior also are planned for the update, its first major styling change since its 2008 launch.

Genesis Coupe: Hyundai’s rwd coupe for enthusiasts got a major update for the 2013 model year with re-engineered powertrains, a reskinned exterior and new interior. A restyled Genesis Coupe, planned for the 2015 model year, should arrive sometime in 2014.

Sonata: A restyled Sonata is planned for the 2015 model year and should go on sale in the United States in the summer of 2014. The Sonata’s sheet metal will be new, reflecting a design language that Hyundai internally is calling “fluidic precision.” The expressive, swoopy lines and bold creases of the “fluidic sculpture” styling seen on the current Sonata will be toned down.

Hyundai Motor America CEO John Krafcik recently told Automobile magazine that “the forms might be a little less extroverted.” The current Sonata’s platform was largely new for 2010, so the 2015 should be largely carryover with efficiency improvements for higher mpg. Details on powertrain changes are sketchy, but don’t expect Hyundai to abandon its four cylinder-only strategy.

A freshened Sonata is planned for next year as a 2014 model, with a new fascia and improved interior.

Sports sedan: A RWD sports sedan, with the BMW 3 series as a benchmark, is still in Hyundai’s product pipeline, but a source says it won’t arrive until 2015 at the earliest. The vehicle, known inside Hyundai as “RK,” is said to be based on the rwd platform used for the Genesis Coupe, as opposed to the larger Genesis sedan.

Veloster: The funky little hatchback with the hidden third door grew some muscle for the 2013 model year with the addition of a turbocharged 1.6-liter engine. The Veloster Turbo gets 201 hp and goes from 0 to 60 mph in under seven seconds.

Powering the Santa Fe Sport will be a 2.4-liter direct injection base engine generating 190 hp while getting 33 mpg on the highway. A more powerful 2.0-liter turbocharged four cylinder with 264 hp is optional.

Tucson: The compact crossover will get a new grille and fascia in 2013 for the 2014 model year. A more ambitious restyling is planned for the 2015 model year, but precise launch timing and other details are unclear.

Plug-in hybrid: A plug-in hybrid sedan is penciled in to arrive in the United States in mid-2014 as a 2015 model. Details about range, battery size and charging time are sketchy. The plug-in was previously expected to be sold as a stand-alone nameplate, but now a source at the company says it could be a variant of an existing nameplate.