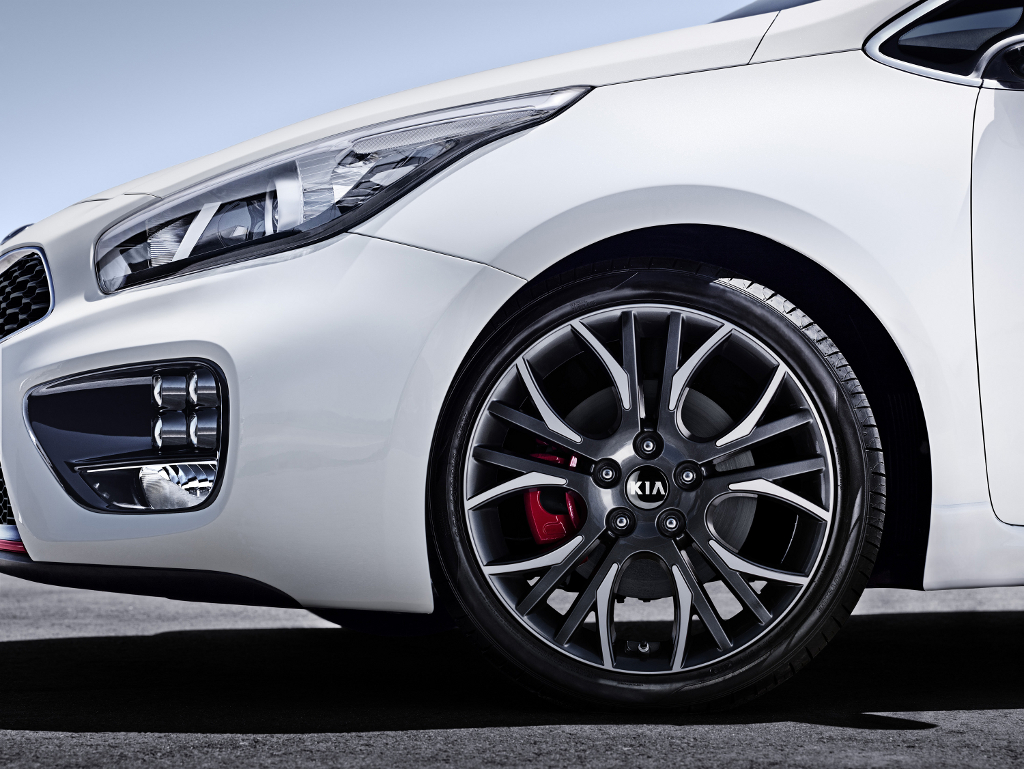 Today, we can share with you the two first official pictures of the pro_cee’d GT version, the more sporty version in the cee’d era. Hit the jump to see all the pics and stay tuned!

As far as we knew, the GT were planned on the sporty Pro_Cee’d only, but apparently a 5-door version will be available as well. Fitted with a 1.6-liter, T-GDi unit seen on the Veloster Turbo and a 6-speed manual transmission, it’s good for 204 hp and an expected 0-100 km/h in about 7.9 s.

The new Kia pro_cee’d GT and cee’d GT – the brand’s most performance-focused production cars ever – will enjoy their world premieres at the 2013 Geneva Motor Show on 5 March.

Production of the newest members of the latest generation cee’d family is scheduled to start at Kia’s Žilina plant in Slovakia in mid-May. The pro_cee’d GT is anticipated to go sale in the UK from the middle of the year and be joined by its cee’d GT counterpart towards the end of 2013.

Prices and specifications will be confirmed closer to the on-sale dates.