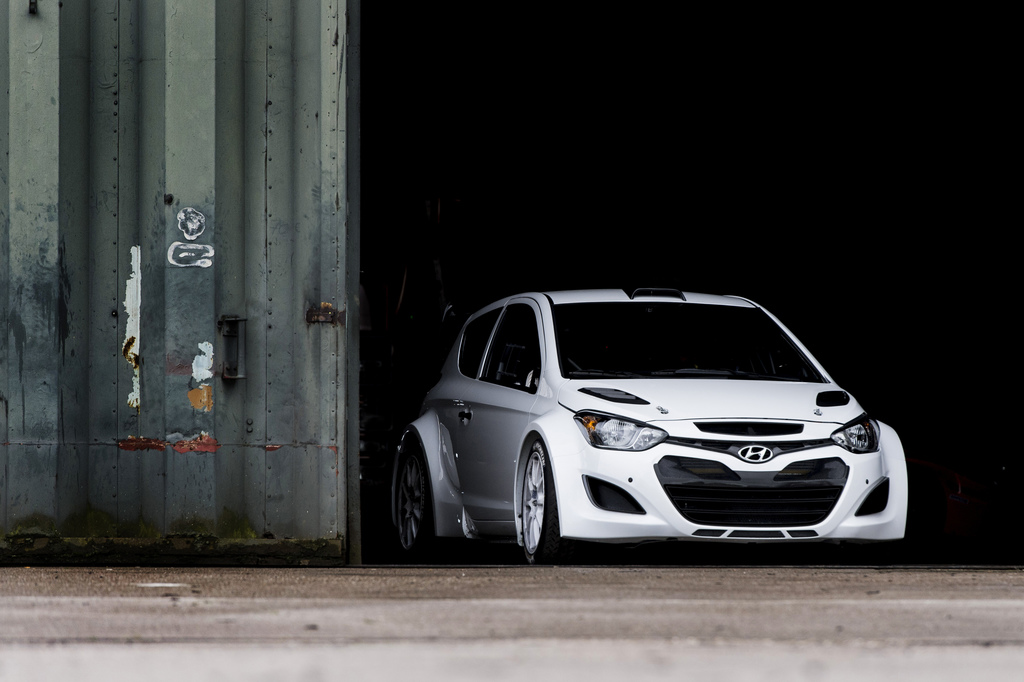 After an intensive few months of preparation at its Alzenau headquarters, Hyundai Motorsport has taken the i20 WRC out of the workshop and onto the road at the start of its testing programme.

The latest specification of the Hyundai i20 WRC ran for the first time during a positive shakedown on a private testing ground in mid-May. With the aim of checking the car’s systems as the team ramps up its test schedule ahead of an entry in the FIA World Rally Championship in 2014, Hyundai Motorsport’s technical team completed the roll-out without encountering any particular issues.

This shakedown was followed last week with the first comprehensive testing session where the team started working on different set-up solutions and gathered valuable data which will be analysed by engineers back at the Hyundai Motorsport facility in Alzenau. While all key areas of the car’s performance were evaluated, there was a major focus on collecting feedback on the i20 WRC’s 1.6 litre turbocharged T-GDi engine as part of the continuing development programme for the powertrain.

A total of 550 kilometres covered over the three days has enabled the team to start building the knowledge base of testing data from which to prepare its entry to the WRC in eight months’ time. With an ambitious target to meet in a short period of time, the intensive testing programme is intended to ensure that Hyundai Motorsport arrives at Rallye Monte Carlo in January fully prepared for the challenge. The programme will continue for the rest of the year and will involve the assessment and development of the i20 WRC in all of the terrains and conditions expected in World Rally Championship.

Michel, the last couple of weeks were pretty busy for the team at Hyundai Motorsport. Can you tell us a bit more about it?

“Indeed, it has been a busy few months here at Hyundai Motorsport as we prepared to kick-off our testing programme to get ready for the 2014 FIA World Rally Championship. After starting our operations from scratch at the Alzenau factory in early January, we have been developing the car and now we can put the theory into practice. The car is on the road and I have to admit it was quite an emotional moment to see the latest specification of the i20 WRC in action for the first time.

The car we are currently testing was originally designed by our colleagues in Korea at the Namyang R&D Centre. It has then been developed and prepared in Alzenau by the team which is growing constantly day-by-day.”

What are your thoughts on the first two outings of the i20 WRC on the road?

“The learning from the first tests for me is quite positive. I think we are starting from a good base that we can use to carry on working. This was crucial considering the tight schedule we have until the end of the year. We have now a lot of useful feedback to digest for the next steps of our preparation.

On the human side of things, I have already seen great teamwork, from the engineers in Namyang and the growing team of people in Alzenau. I have to say I’m very proud of everyone and I should thank them for the good job they have been doing so far. We have a lot of work ahead of us but I’m sure that with the commitment everybody showed so far we will respect all the timings and objectives we have for this year.”

What are the next steps in the testing programme?

“We have an intensive testing schedule for the rest of 2013 which will take us to different venues across Europe, to evaluate the i20 WRC in different conditions and on different terrains which reflect the variety of circumstances we will encounter in the World Rally Championship next year. We are not disclosing our specific test venues or the names of the various drivers we will have but we will ensure that every aspect of the car’s performance is put to the test and thoroughly evaluated without leaving anything to chance.”