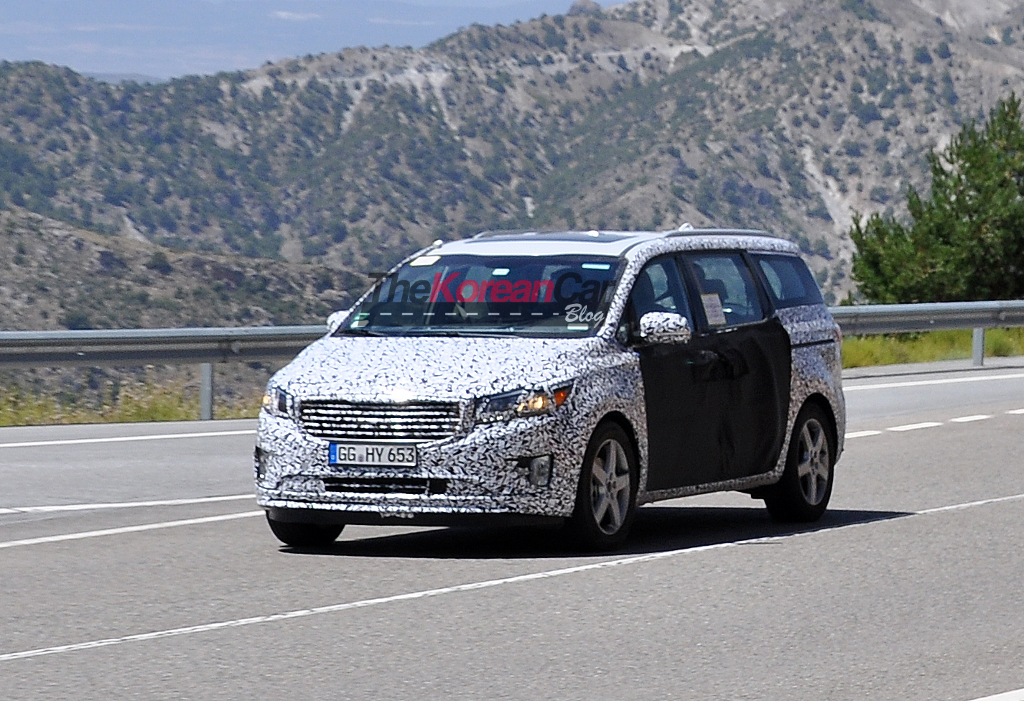 Updated with new spy photos with less cammo, now we can see the front grille, headlights and tailights.

The current Kia Sedona has been on the market since 2006, Kia dropped from the US-market in 2012, but one year after returns as a 2014 Model Year with slight changes. Today we share with you the first spy pictures of the next generation Sedona (also called Carnival in other overseas markets) thanks to our spy photographers.

Codenamed “YP” (as you can see on the window stickers) the big size MPV will be arrive to the US-market later 2014 as a 2015MY with the latest Kia’s Design Language Identity started by Chief Design Officer of Hyundai-Kia Motors Peter Schreyer. 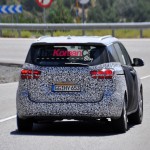 The 2014 Sedona to take its overall minivan/crossover shape from Kia’s KV7 concept car first seen at the 2011 North American International Auto Show. Kia’s VP of marketing hinted to us then that the KV7 wasn’t purely a styling exercise and that could one day inspire a production vehicle. Don’t, however, hold out for the concept’s fantastical gullwing doors, swiveling seats, LED instrument panel or LED headlights

From what we can see under all that strong camouflage, the new Kia Sedona will be based on the Kia KV7 Concept according with those pictures, the front grille will be bigger than ever including front camera, the car’s new shape is very close to the KV7 Concept with the sliding doors. The rear lights will now be placed horizontal and will probably be LED’s according to the pic on the left.

We don’t have any confirmation yet about what engines will be available for the production model but according to the sticker we can see on the car this is a 2.2-liter CRDi diesel with automatic gearbox for the European market. The KV7 Concept was powered by Kia’s 2.0-liter T-GDi turbocharged engine, which is capable of delivering up to 285 horsepower. For the US model probably will be available this same engine (currently used in the Optima, Forte and Sportage) a and a V6 like in the current model.