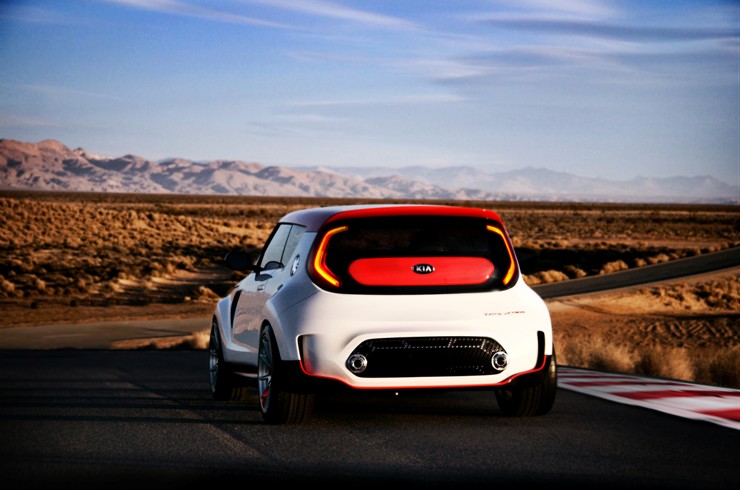 Our colleagues from the U.S. version of Autoblog were this week at the launch of the new generation Kia Soul, and asked for the rabid sports distinctive flared body.

[ads id=”0″ style=”float:left;padding:5px;”]The answer was something unexpected: The book of orders and leads the response was extremely high, while Kia was stunned but, and there’s always a but, they can not make it. Why? While sales in Europe have not worked, the Kia Soul beats records in the United States.

They have done so fast that Soul demand far exceeds supply, and the factory itself does not anymore. The Koreans have offered so great efforts for the Soul triumph in Europe, given that they would not be able to meet more demand. And for that reason there is no space available in the factory production of Soul to meet new enhanced three-door variants, even if the market asks for it.

Company members telling Autoblog that they’d love to see the 201-horsepower, 1.6-liter T-GDi from the recently introduced 2014 Forte SX snugged in the Soul’s engine bay. The engine fits and the new K platform is up to the task, but there’s also the question of price – Executive Director of Product Planning, Orth Hedrick, tells us that such a model would likely have to cost around $2,500 more, and the automaker isn’t sure they want the Soul’s pricing bandwidth to extend that high, especially with the turbocharged Sportage already available.

So, have to wait for the next generation model, within three years, to restructure its operations and Kia properly sizing capacity to work over 85% of demand, avoiding waiting lists. Michael Sprague admits response to the widebody Track’ster was off the charts and the project is still very much on the table, but to hear him tell it, the model sounds unlikely as long as the Soul continues to be capacity constrained.

Reading between the lines a bit, it would seem that if US demand continues to be as robust as it has been, Kia is going to have to find a way to build the Soul in North America soon – possibly by expanding its West Point, Georgia plant, which is itself maxxed out building the Optima and Sorento. Given how long it would take to build out and tool up West Point, though, it seems like the Track’ster’s window of viability is closing. In the meantime, the buying public will have to be happy with the redone styling of the Track’ster-influenced 2014 Soul.