Baldwin Sheriff’s Office First in US to Have Kia Cars 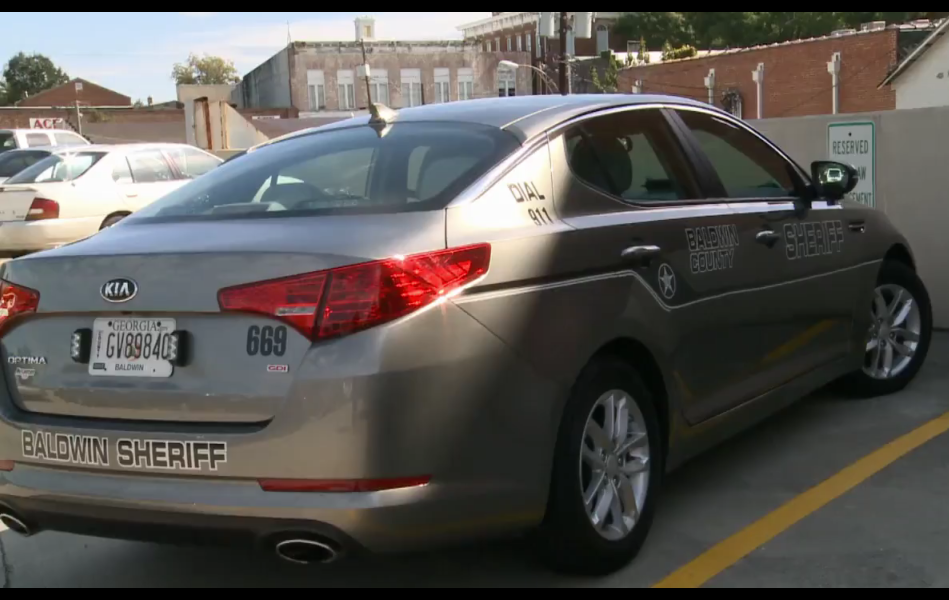 The Baldwin County Sheriff’s Office is the first in the country to have Kia’s in its fleet. That’s according to Hutchinson Kia in Macon. Captain Scott Deason said with the help of a $27,000 grant, the sheriffs office was able to buy two Kia Optimas.

“The cost of the two vehicles was approximately $40,000 so what our agency did is we sold some surplus vehicles and transferred some equipment from other vehicles to this one to come up with the difference,” said Deason.

[ads id=”0″ style=”float:left;padding:1px;”]Traditionally the sheriff’s office uses the Ford Crown Victoria, which Deason said gets around 13 to 16 miles per gallon. “This Kia gets anywhere from 23 to 30 miles to the gallon whether or not you’re on the highway, so we’ve been able to basically double our fuel efficiency on these vehicles,” added Deason.

The cars safety features helps deputies with their job. “There’s a backup camera that’s a panoramic view, that’s a huge safety issue. There’s also the bluetooth capabilities, the wireless capabilities in there so we can receive calls from our dispatch emergency calls without having to take our eyes off the road,” said Deason.

“They asked a handful of different questions from what models did they pick out what exactly are these vehicles getting used for, what exactly they have to do besides the stickers and light to be ready for the police force. Which that was basically just sticker ’em up, light ’em up and they were ready to go,” said Hutchinson.

Deason said the sheriff’s office is considering adding more Optimas to its fleet. “If we’re able to expand our fleet using these vehicles and you start looking at 10 and 12 and 15 vehicles, you will end up paying for a vehicle over a couple of years based strictly on the savings of the fuel costs,” said Deason.