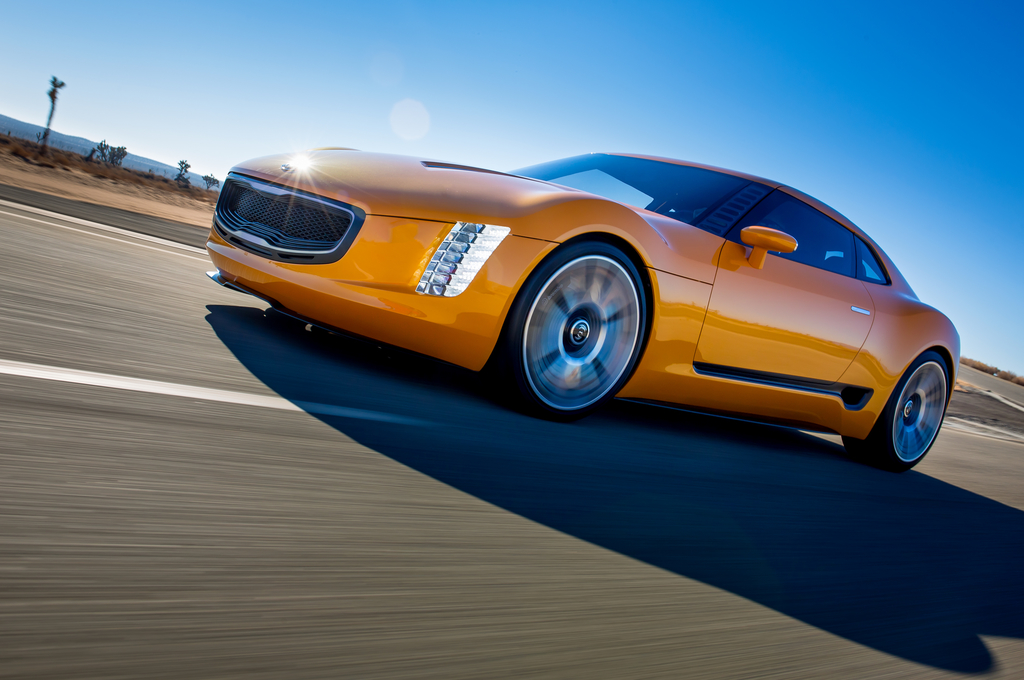 According to AutoExpress interview with Kia Designer Tom Kearns, the Kia GT4 Stinger concept, unveiled at the Detroit Motor Show, could be on sale by 2016 and be priced under £30,000.

[ads id=”0″ style=”float:left;padding:5px;”]The GT4 Stinger’s designer, Tom Kearns, told Auto Express: “It’s a total concept, but when we do these cars we have in the back of our minds that if we decide to make it, we don’t have to change it too much.”

The GT4 Stinger concept sits on a rear-wheel drive platform and features a 311bhp turbocharged version of Kia’s 2.0-litre T-GDi. If it makes production, it’s likely to use a platform from within the Hyundai-Kia Group, possibly from the Hyundai Genesis Coupe.

Kearns also said that he hoped the shape wouldn’t change too much: “I’d love it to be like this,” he said. “It looks sporty and muscular without looking like an angry transformer. We have a new version of our signature grille – a face with a simplicity of design”

And, according to Kearns, other versions could be on the cards: “I’d be okay with a convertible version. What do you think?”