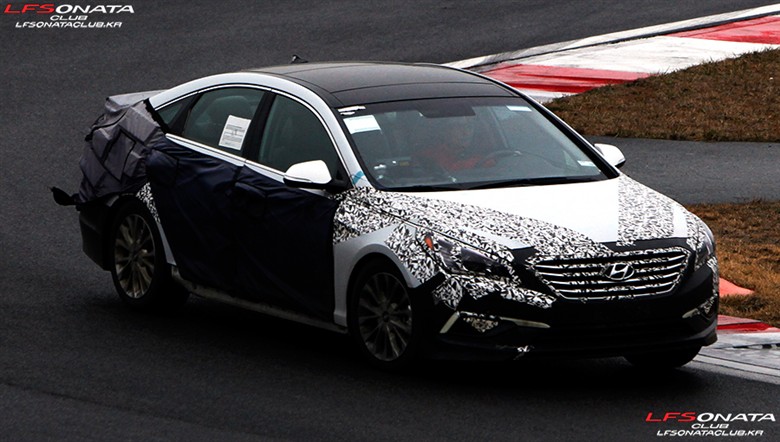 While the time to 2014 New York AutoShow and the debut of the next-gen Hyundai Sonata (Codenamed LF) is getting closer, we received new spy shots from South Korea allow us to see front design of Hyundai’s new mid-size sedan.


[ads id=”0″ style=”float:left;padding:8px;”]After a couple of new spy photos showing complete rear LED taillights and a part of front/side (with a little look to the front headlight, wheel arch and alloy wheels) totally undisguised, now we can see that the new front looks so close to the render below, thanks to a several pictures caught at Yeongam F1 Korea Circuit.

There will be two engines available at launch, both known, 2.0 T-GDi and 2.4 Theta II GDi with 274 hp and 201 hp respectively, both engines will be mated to a six-speed manual and for the first time, with a seven-speed dual clutch automatic transmission DCT. An updated Sonata Hybrid variant and rumored first-ever Plug-in Hybrid Sonata model is still in consideration.