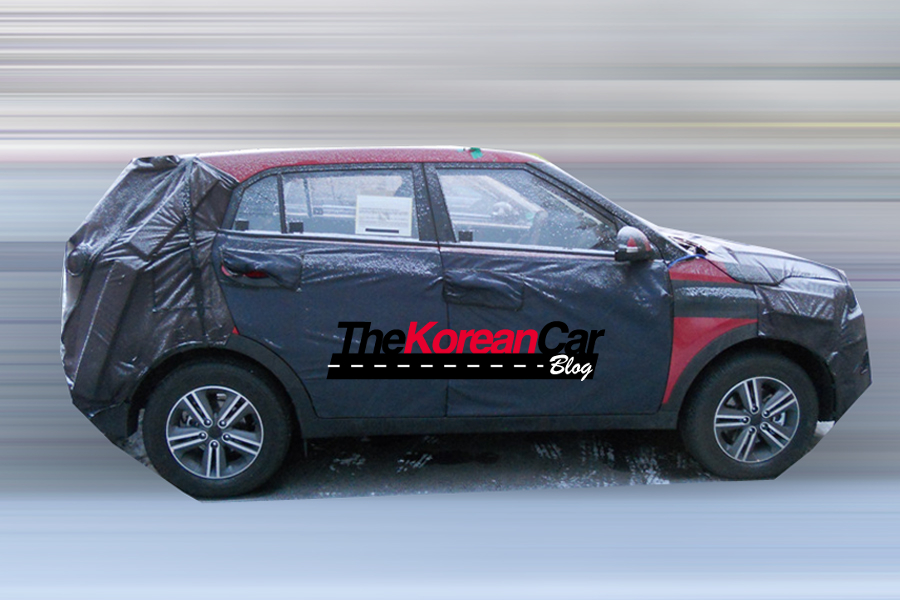 Hyundai’s EcoSport-rival mini SUV that is has been caught testing in China. Based on the next-gen Hyundai i20 B-segment car, the SUV version is expected to debut at the 2014 Beijing Auto Show to be held in April, according to iFeng Auto.

[ads id=”0″ style=”float:left;padding:5px;”]The ix25 (this could be the final name for the European market) is inspired on Hyundai’s Curb Concept showed at the 2011 NAIAS and is a work from Hyundai’s Design Studio in California. This mini SUV will be positioned under the Tucson C-Segment SUV. The Chinese website also says that the ix25 is expected to have a wheelbase of around 2,570 mm.

Looking inside, we can see the seats, arm-rest and blue cloth trim, but the dashboard is still covered. There are no resemblances with the Hyundai i10 interior parts.

Few months ago, ex-Hyundai CEO John Krafcik told reporters the brand had failed to take advantage of the country’s hunger for SUVs, with just a two per cent share of the nation’s truck segment that includes crossovers, SUVs and pick-ups. The ex-boss of Hyundai USA admits the brand needs a third SUV and has highlighted the burgeoning sub-compact crossover market as a priority.