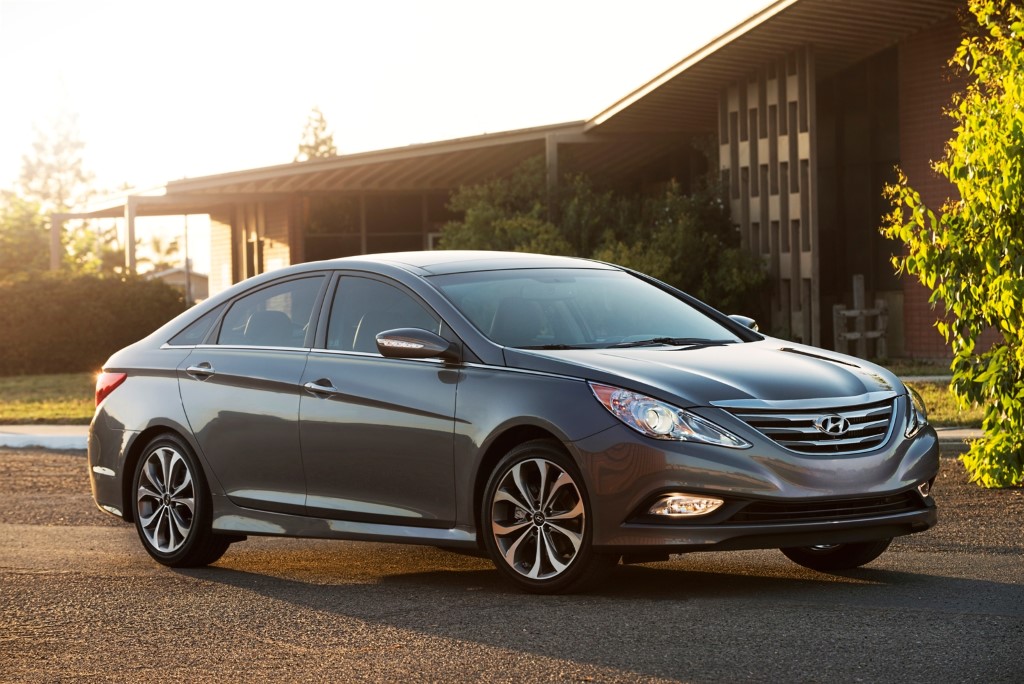 Hyundai notched big gains in its sales, market share and image when its swoopy 2011 Sonata hit the market. But barely three years later, the mid-sized car has left Hyundai with a black eye. Problems reported by owners of the 2011 Sonata were the main reason that the Hyundai brand ranked fifth from the bottom in the latest dependability rankings from J.D. Power and Associates.

Hyundai owners reported an average of 169 problems per 100 vehicles in J.D. Power’s 2014 Vehicle Dependability Study, which measures the performance of vehicles after three years of ownership. It was Hyundai’s second year of increasing problems after steady improvement from 2009 through 2012.

Also contributing to the low scores was Hyundai’s Elantra compact car, J.D. Power said. The current generation of both cars launched as 2011 models from Hyundai’s plant in Alabama, which has been running around the clock on three shifts since the fall of 2012.

Not holding up
The Hyundai brand finished 27th, or fifth from the bottom, in this year’s J.D. Power Vehicle Dependability Study rankings. The study measures the average number of problems per 100 vehicles reported by owners who have

owned their cars for 3 years.

Chung Eui-sun, vice chairman of Hyundai Motor Co., visited the plant last week; the company declined to describe the purpose of his visit in detail.

Ed Kim, an analyst with consultancy AutoPacific, says the dependability shortcomings are unlikely to hurt Hyundai’s brand in the near term. Kim says most consumers pay closer attention to J.D. Power’s initial-quality rankings. Still, he says, the poor dependability scores are a red flag for a brand that has put years of work into improving its quality reputation.

“We’ve finally reached the point where people have far fewer prejudices against Hyundai’s quality,” Kim said. He added: “The poor VDS performance is a warning sign to Hyundai because it takes a lot of time and money to build and rebuild a reputation for quality, which they’ve successfully done for a long time since introducing their 100,000-mile warranty. But it can be destroyed in a flash.” 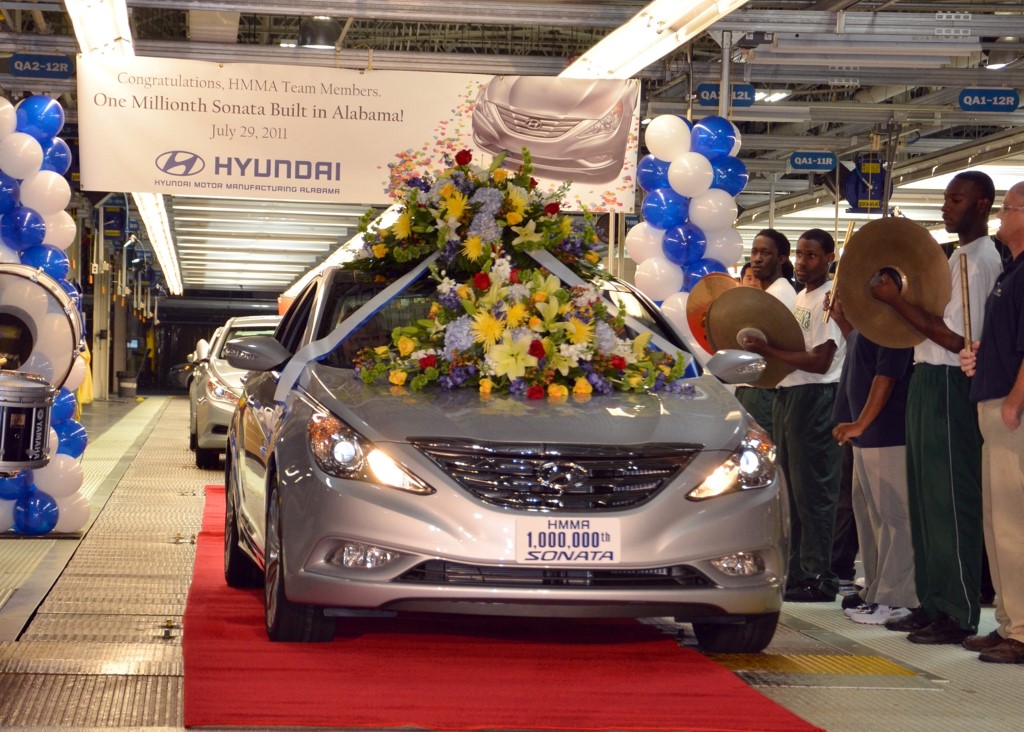 In a statement, a Hyundai Motor Co. representative said the company is “very disappointed” by the results, adding that it “is in the process of examining every component of the score to determine root-cause solutions and improve our products and processes.” A Hyundai quality executive was unavailable to comment last week.

It’s not uncommon for vehicles to have problems in their launch year, but the Sonata launch had more problems than usual for Hyundai and for the industry in general, said Dave Sargent, J.D. Power’s vice president of automotive, who leads the annual study.

The Sonata was a game-changing vehicle for the Hyundai brand when it arrived as a 2011 model, with a distinctive design that shook up the otherwise staid mid-sized sedan segment. It soon became Hyundai’s top-selling car.

Such success can be a double-edged sword, especially if durability problems persist, says Karl Brauer, senior analyst at Kelley Blue Book. “That car was at the heart of a lot of the momentum that they were seeing at the same time that their image, sales and everything was getting better,” Brauer said. “You don’t want any of your cars to have a bad reputation, but it would be far better if it was something more obscure from their model line.”

Sargent declined to identify the main issues that drove the Sonata complaints. But for the industry in general, the J.D. Power study found a rise in engine and transmission problems, especially for four-cylinder engines. “While striving to reduce fuel consumption, automakers must be careful not to compromise quality,” Sargent said in a statement when the study was released. “Increases in such problems as engine hesitation, rough transmission shifts and lack of power indicate that this is a continuing challenge.”

The 2011 Sonata ushered in advanced powertrain technologies that were rare in the segment at the time, such as all-aluminum engines, gasoline direct injection, six-speed transmissions and continuously variable valve timing. It was also the first mid-sized sedan to use a turbocharged four-cylinder in place of a V-6 for high-end models.

In its statement, Hyundai said it expects its dependability ratings to improve in next year’s J.D. Power study. AutoPacific’s Kim noted that Hyundai has prioritized improving vehicle quality over growing sales volume for the past few years. “Knowing them,” he said, “I’m sure they’re not sitting still.”

Previous Article
Kia cee’d GT goes on sale in the UK starting at £20,495
Next Article
This is the Interior of 2015 Sonata LF, Hybrid Version Caught for the First Time

This is the Interior of 2015 Sonata LF, Hybrid Version Caught for the First Time
Jose Antonio López February 28, 2014