2014 Geneva Motor Show: Yes, these are both Electric Bicycles from Kia 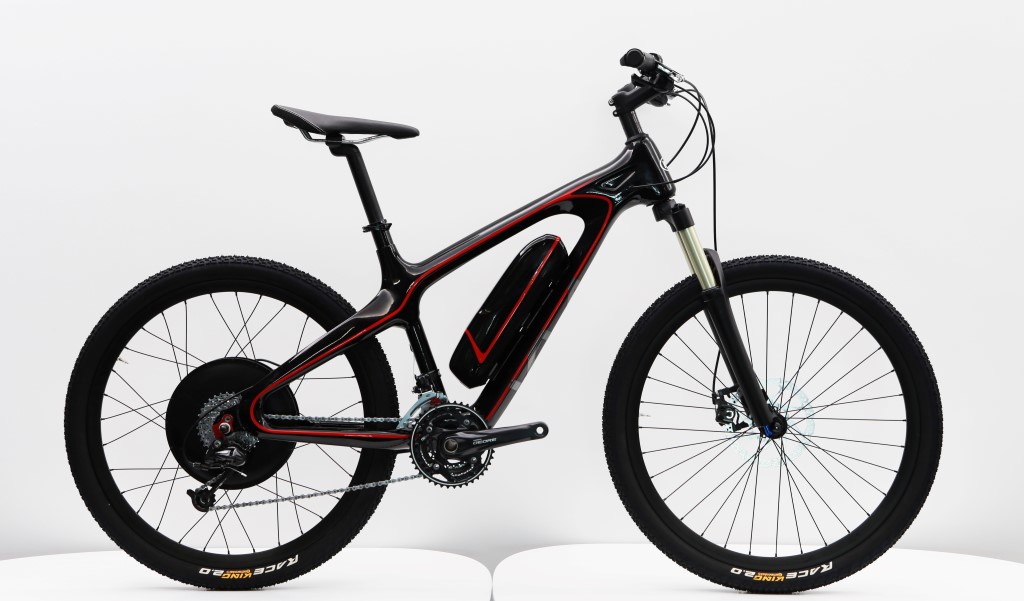 Kia Motors took another step forwards in the field of eco-friendly ‘future mobility’ when it unveiled two prototypes of its latest zero-emission vehicles to a specially invited media audience at the Geneva Motor Show today.

[ads id=”0″ style=”float:left;padding:5px;”]Demonstrating Kia’s ‘Power to Surprise’ in a truly novel way, the all-new Kia Electric Bicycle (KEB) is a pedelec electric bike (being shown in both City and MTB versions), which promises lively performance from its powerful electric motor, while incorporating a host of technical innovations in its design, specification and manufacture.

The rear-wheel drive KEB is propelled by a 250 Watt electric motor producing a generous 45 Nm of torque, and powered by a 36 volt, 10 amp lithium-ion polymer battery pack which is easily detached for recharging. The City model will appeal to commuters thanks to a range of around 40 km on a single charge and a recharging time of four hours.

Designed and engineered by Kia’s Venture Business Development Team at the Namyang R&D Centre in Korea, the KEB features an innovative monocoque metal frame which looks like a carbon fibre frame, but is produced by an advanced metal stamping technology and a robotic automated welding process – resulting in automotive-industry standards of quality control. 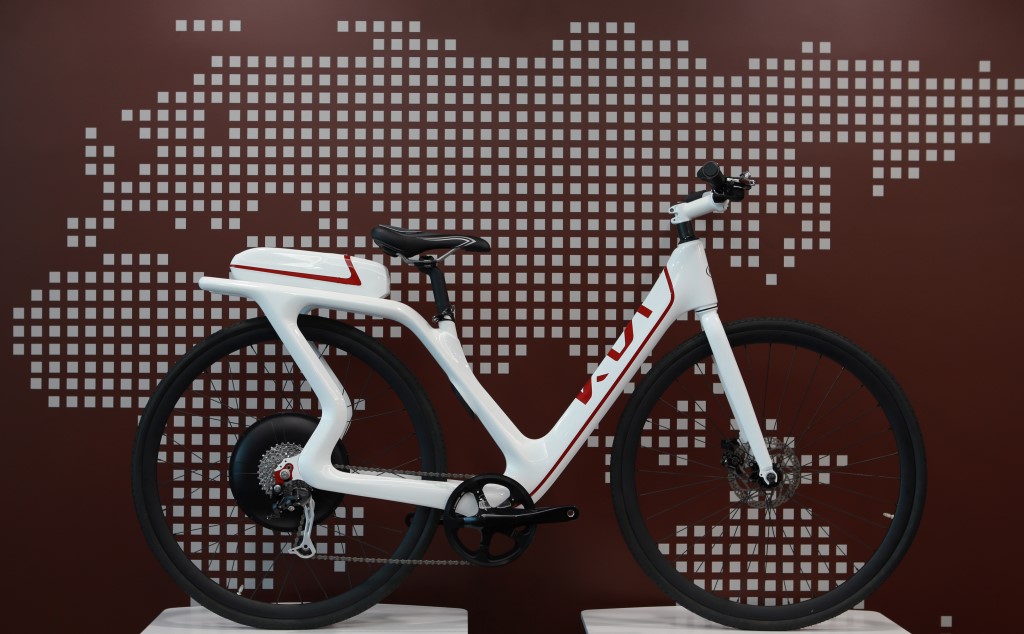 Advanced metal stamping technology is a new production method specially developed at the Namyang R&D Centre for manufacturing the KEB’s frame. After pressing a metal sheet each side of the frame, the frame undergoes a robotic automated welding process ensuring uniform quality. This is in contrast to the frame of a more conventional bicycle, which is often manufactured by hydroforming, increasing the complexity and cost of production.

Using these production methods has allowed Kia a greater degree of design freedom, with distinctive surfacing details and a unique structural design. A greater choice of metals can also be used during production, with metal stamping allowing the frame to be made up of aluminium, high-tensile steel and stainless steel.

Both the City and MTB models feature the same drivetrain and power pack, weigh around 20 kg in total, and have a top speed of 25.0 kph (15.5 mph) complying with EU regulations. The City is intended as a universal design with its step-through frame, rear-mounted battery, 28-inch wheels and mud-flaps for the broadest appeal. The MTB has Rock Shock 100 mm front forks, a mid-mounted battery and 26-inch wheels fitted with all-terrain tyres – creating a sporty and youthful image.

The two prototype KEB models were made using a frame, electric motor and power pack manufactured in Korea, together with brake and gear components from Shimano in Japan. Final assembly was carried out in Germany. Media and public reactions to the all-new Kia Electric Bicycle will be monitored closely by Kia Motors Corporation, 70 years after it first manufactured bicycles in Korea during 1944.