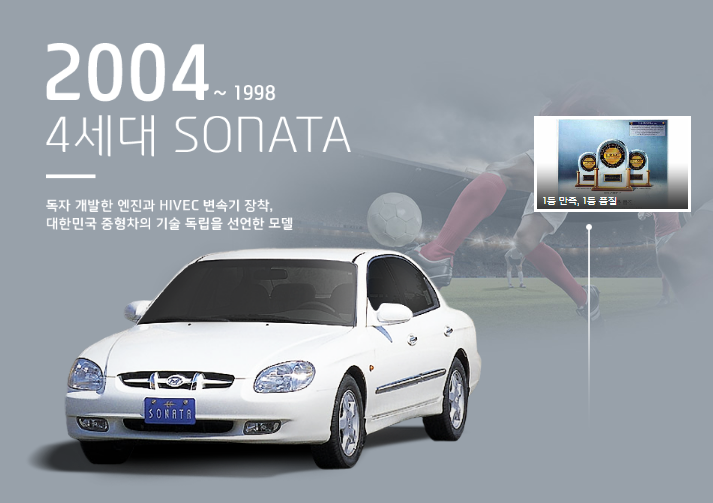 A new Sonata model arrived in 1998, launching the fourth generation model (codenamed EF). The engines availabls were 2.0L 136 hp, 2.4 L 138 hp Hyundai “Sirius” family engine and a 2.5 L 168 hp (G6BW) from Hyundai “Delta” V6 family. Two different models shared platform with the all-new Sonata, the first-generation Hyundai Santa Fe, a compact crossover SUV launched in 2001 and the Kia Optima (called Magentis in South Korea and other overseas markets). The Optima was based on the same platform of this generation Sonata and shared the same doors and some other panels. This Kia was first Hyundai-Kia product after Hyundai bought Kia in 1999. “Delta” V6 engines came with 10-year warranty. 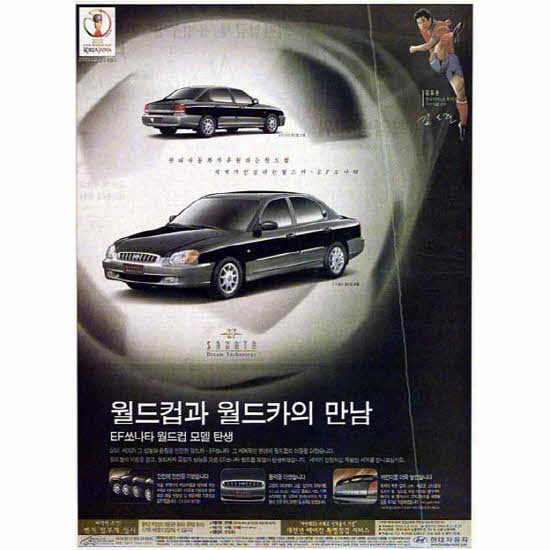 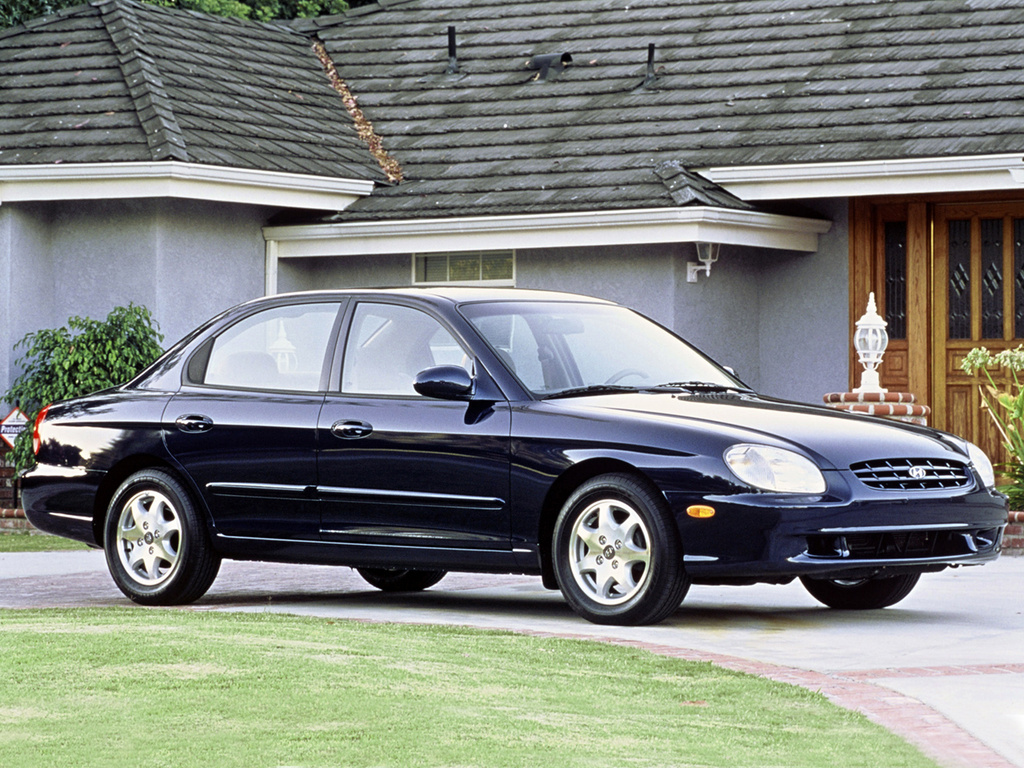 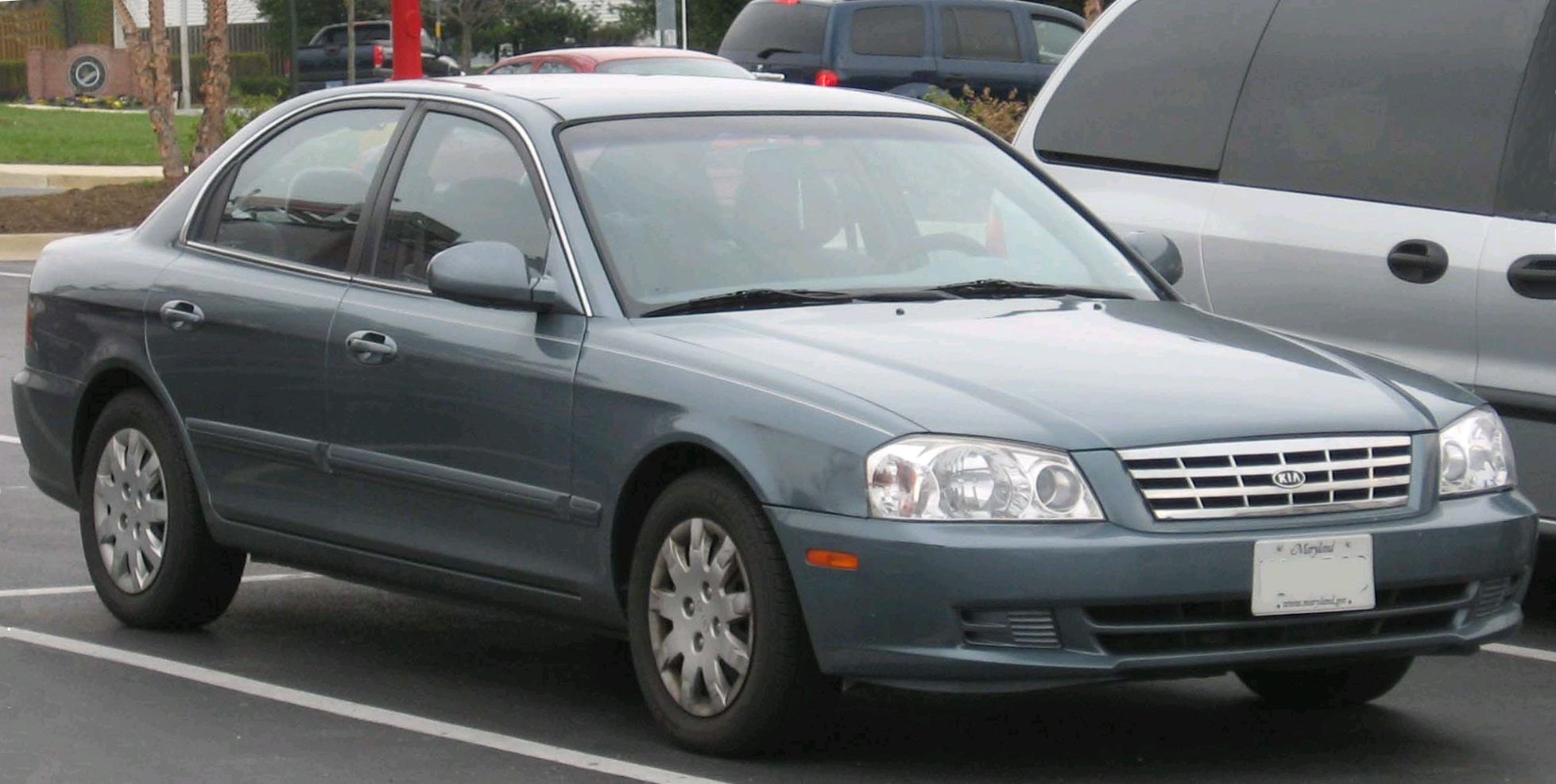 The 2001 model was even European in design, taking elements from the Jaguar and the Mercedes Benz E class like the front headlights. This model had an all aluminum engine, a double overhead cam with a capacity of 2.7 liters. It was a Delta Family V6 with 173 hp. 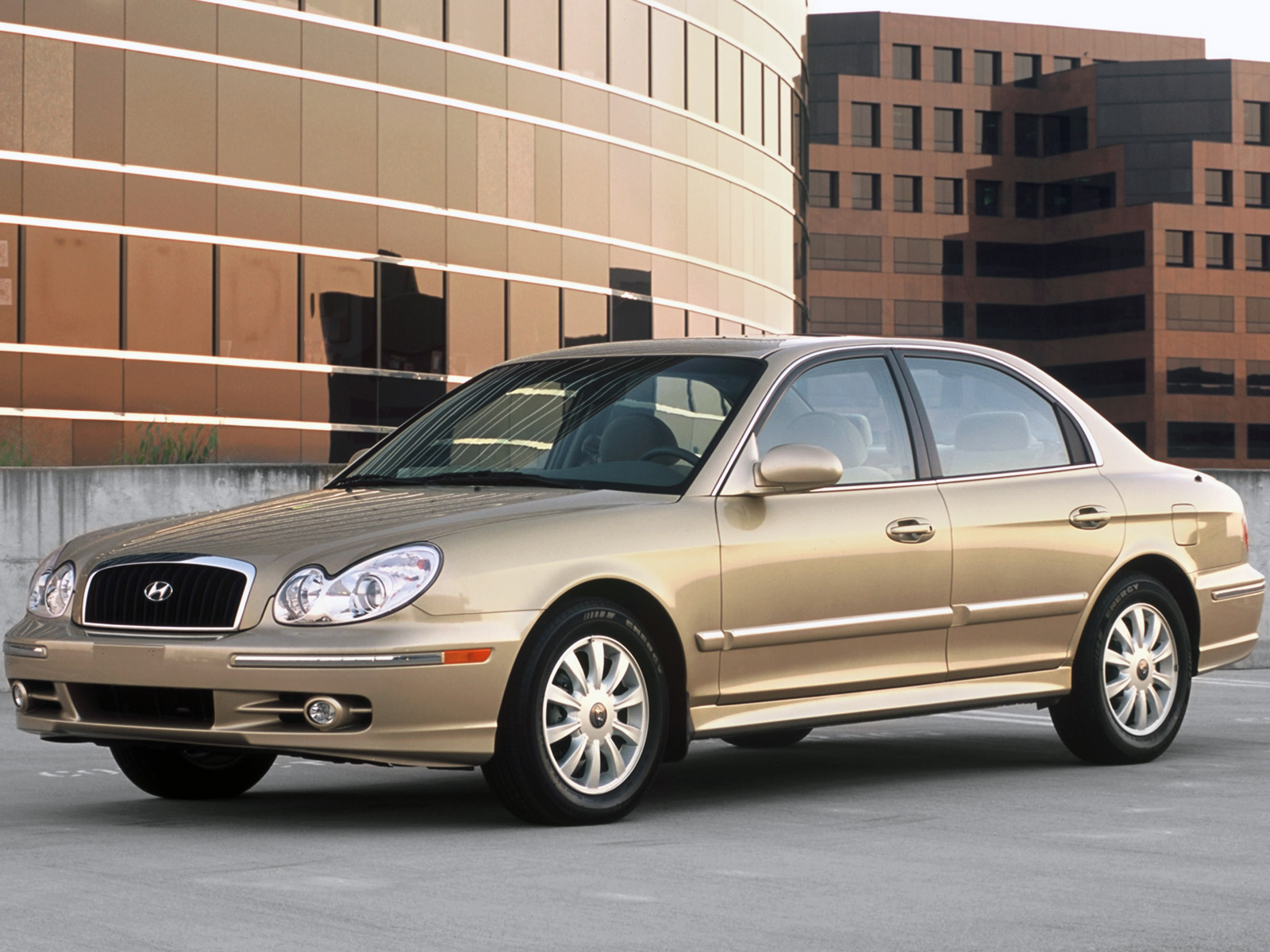 This model was rather successful and it also spawned the refreshed Kia Optima which had the same platform. Although retired from the market, the car is still being sold in China and Russia. Sales reached 104,000 units for 2004. Also, the previous EF models have their rear vehicle registration plates repositioned from the bottom bumper to the above hatch.

This generation of Sonata is still being built (since 2002) and sold in China since September 2006, by Beijing Hyundai Co. and in Russia by TagAZ. Because of licensing problems, TagAZ has not produced the Sonata since June 2010. In August 2010 production will continued under new name “TagAutoprom”

In 2001, the Hyundai Sonata EF was selected as No.1 by J.D. Power in performance, driving, and design research

During the launch of the refreshed variant in 2001, Ixion Design, a South Korean Design company launched two bodykits for the Sonata.