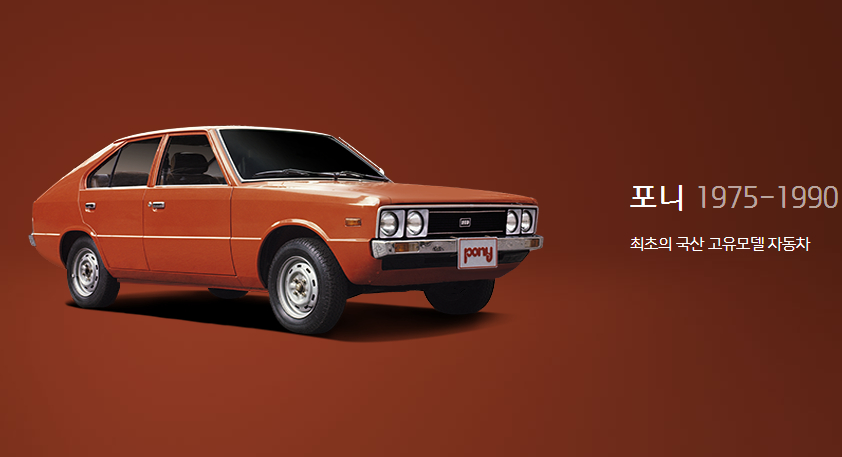 Thanks to Don Southerton, Hyundai-Kia Motors consultant specialist, today we can share with you the early years of Hyundai and Kia Motors, the beginning of currently world’s 5th largest automaker and the Pony, South Korea’s first mass-produced car. Take a seat and join us in this journey through time.

Since the early 1960s, Korean firms have entered into partnership arrangements with international carmakers, including Nissan (Datsun), Toyota, Mazda, Fiat, and Ford. In particular, the Korean government and key industrial groups forged these alliances as the best way to introduce advanced automotive technology to South Korea. In 1967, Hyundai Group entered the auto sector as a result of both the founder Chung Ju Yung’s early ties to the car repair business and growing government pressure.

Interestingly, to accomplish the task, Hyundai gathered team members from its construction division who had excellent skills in project management and engineering backgrounds. Hyundai also recruited talent with experience in production from the Korean auto industry. Together with support from a team of 10 engineers dispatched from Ford, the Korean engineers, technicians and construction workers lived together in a makeshift structure near the plant, working 16 hours a day, seven days a week. 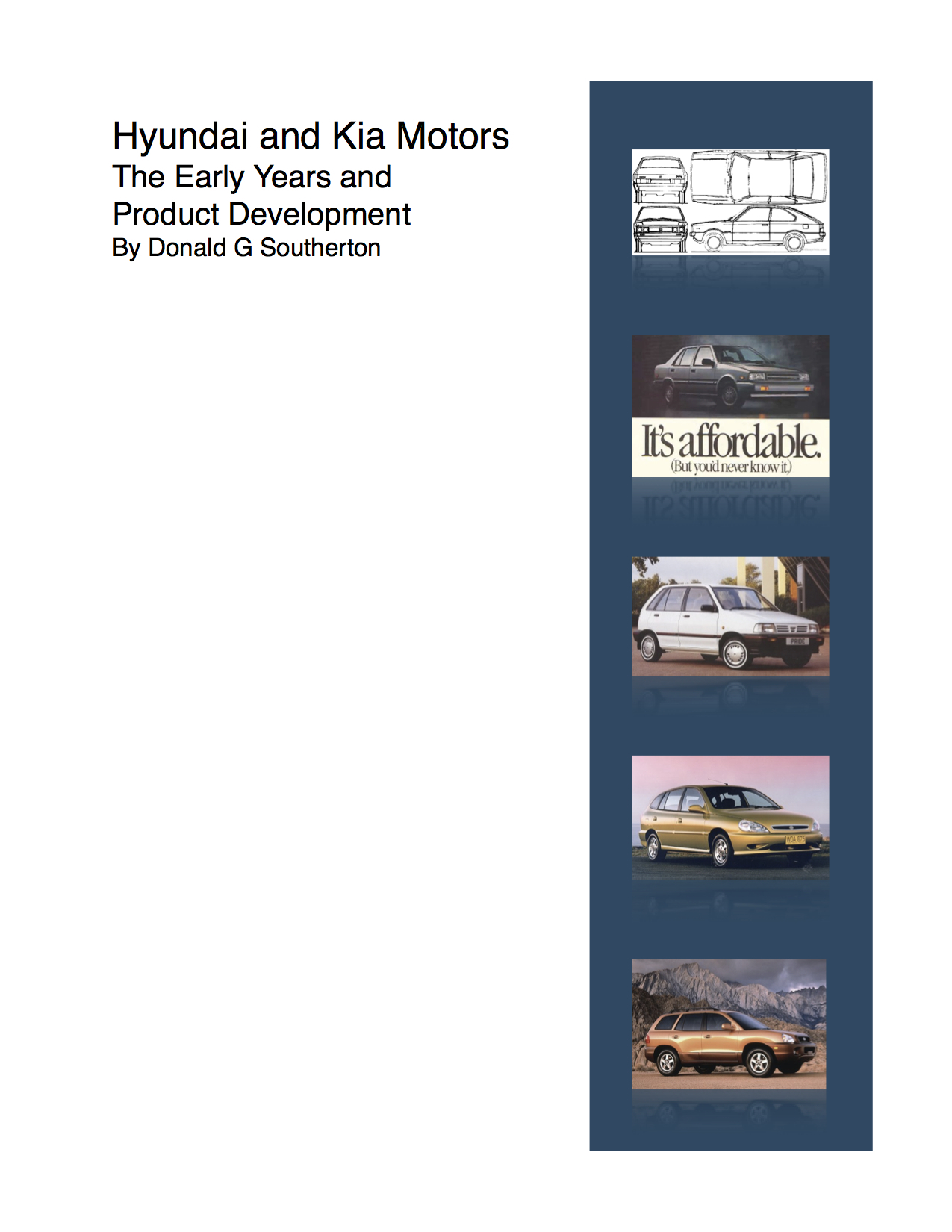 Following the Hyundai model for taking immediate action and leveraging their background as a construction company, the Hyundai Ford plant was operational in 6 months, a record at that time for the 118 Ford assembly plants around the world. Initial car production at the plant focused on 2 models — first the Ford Cortina Mark II and soon after the Ford Granada Mark II. Production targeted the South Korean domestic market with some limited export and production numbers grew from 614 cars in 1968 to 7,009 in 1973.

Meanwhile by 1973, the Korean state-run Economic Planning Board (EPB) formulated The Long-Term Plan for Promotion of the Automobile Industry. In a policy-shift from CKD partnerships, the government mandated Korea’s four leading automobile companies –Hyundai, Daewoo, Kia, and SsangYong– to submit detailed plans to develop a “Korean car”  by 1975.

Following similar tactics imposed across business sectors to build an importsubstitution economy, the Korean government coerced automakers to embrace the new mandate or face restrictions in their current operations. Hyundai, a strong adherent of the state-corporate alliance, soon submitted a master plan for a new plant with a capacity of 80,000 Korean cars per year.

• 10 firms in Japan and Italy for car design

• and 5 U.S. and U.K firms for an integrated parts/components plant. 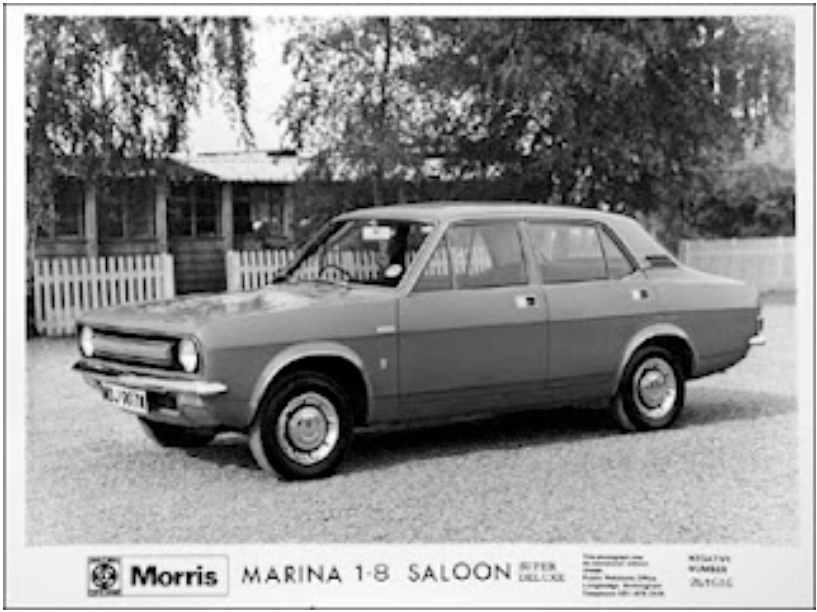 Turnbull’s exit from his position at British Leyland followed in the wake of the merger/restructuring of BMH and Leyland Motors. As a parting gift, he was, however, allowed any car from the lineup. He left with two Morris Marinas, a sedan and a coupe — cars Turnbull had developed. The Hyundai team used the Marinas as a base to develop the Hyundai Pony. Turnbull also brought with him the vision of using standard chassis to produce varying cars. 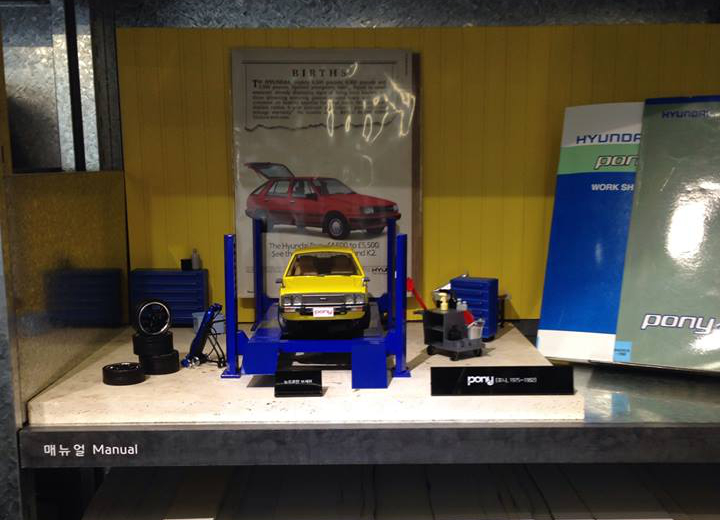 In addition to Turnbull and his engineering team, the exterior design would come from the West with noted craftsman Giorgetto Giugiaro and the ItalDesign studio. Founded in 1968 by Giugiaro and Aldo Mantovani as Studi Italiani Realizzazione Prototipi S.p.A., the studio would become best known for its automobile design work, along with offering project management, styling, packaging, engineering, modeling, prototyping and testing services to manufacturers worldwide.

Hyundai’s new Pony was a true collaboration of design, engineering, and production. For example, the engine, transmission, and suspension were all from a previous model of the Mitsubishi Lancer. Mitsubishi Motors supplied the engines in 1200cc and 1400cc sizes. ITAL designed three and five-door (hatchback) body styles to fit on the basic Marina-styled floor pan. 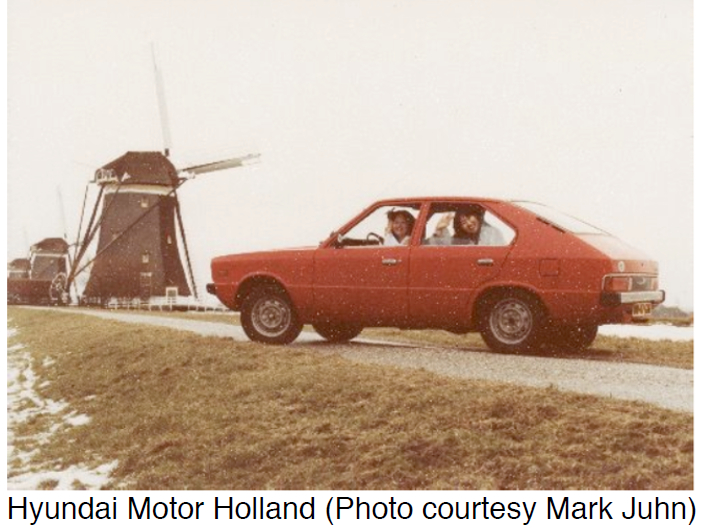 The Hyundai cars borrowed heavily from Cortina design with MacPherson strut front suspension but retained the rear leaf springs. Parts costs were kept low by sourcing locally whenever possible. Parts also came from Hyundai’s Ford Cortina plant supply line. (The Ford relationship had been severed in part due to the government mandate for independent production.)

Hyundai continued its reputation to meet government mandate deadlines and by late 1975 the Pony with 90% domestic content was in production. This made Korea the second nation in Asia, in addition to Japan, to have its own domestic automobile. The car was officially released to the public in January 1976. 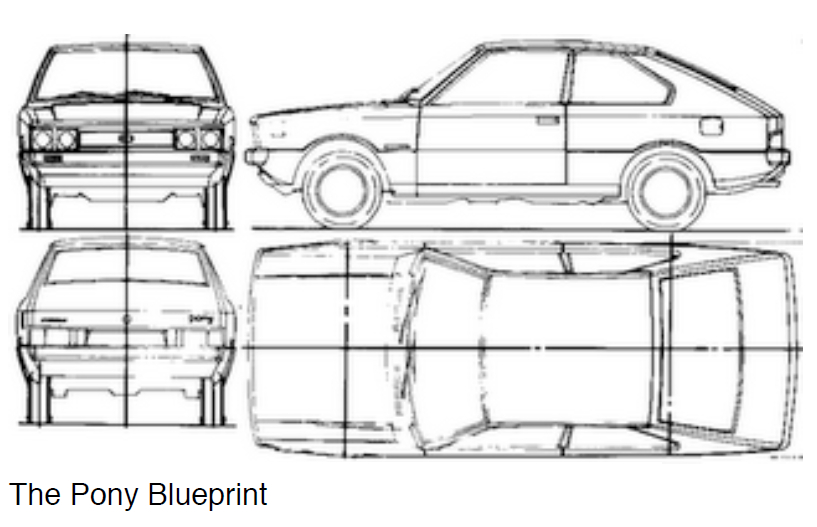 The Pony was sold in three-door hatchback, four-door fastback, five-door wagon, and pick-up variants. George Turnbull continued to serve as a vice-president and director of the Hyundai Motor Company until the fall of 1977 when he left to join Iran National Motor Company.