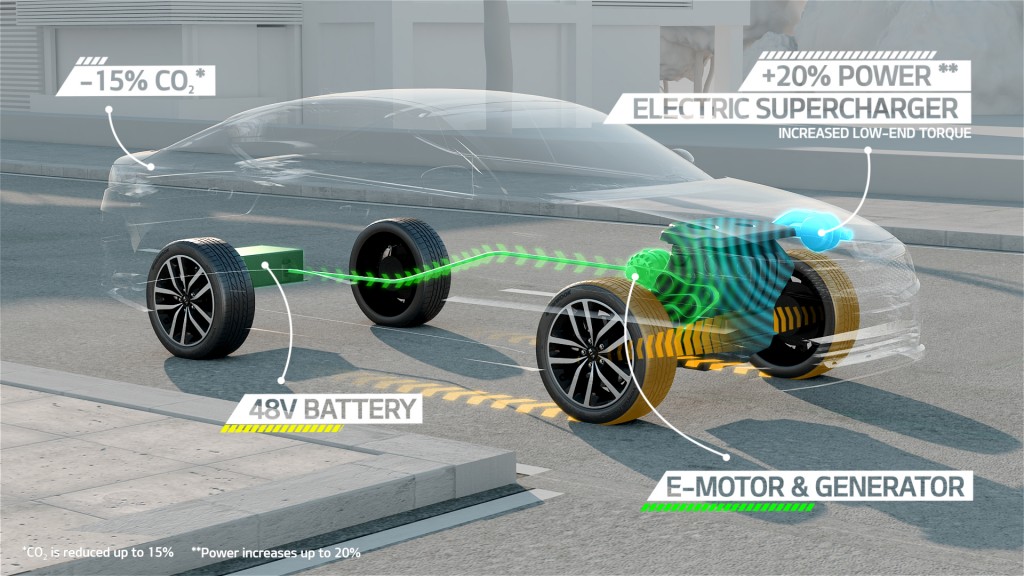 Exhibited earlier in the year at the Geneva Motor Show, Kia will display the first practical application of its innovative new mild hybrid powertrain, developed by the brand’s European R&D centre for use in future Kia models. Created as a one-off show car, the Kia Optima T-Hybrid (turbo hybrid) is the first application and demonstration of Kia’s new mild hybrid powertrain.

[ads id=”4″ style=”float:left;padding:9px;”]The T-Hybrid concept is powered by the model’s existing 1.7-litre CRDi turbo-diesel engine, paired with a small electric motor, powered by a 48V lead-carbon battery pack. The new powertrain enables the Optima T-Hybrid show car to be driven in electric-only mode at low speeds and when cruising, with deceleration serving to recharge the battery pack.

Lead-carbon batteries were chosen for Kia’s mild hybrid powertrain as, unlike lithium-ion batteries, they require no active cooling and are easier to recycle at the end of the unit’s lifecycle.

The vehicle features a zero-emissions stop-start system, and a new belt-driven starter generator replaces the conventional alternator, meaning the engine can restart with almost no noise or vibration. Installing the powertrain in the Optima sedan has enabled engineers to fit a smaller vehicle battery and starter motor, enhancing weight distribution and handling.

The system also allows the installation of an innovative electric supercharger for the CRDi engine, in addition to the conventional turbocharger, which helps to boost torque and engine response at low engine speeds.

The new T-Hybrid powertrain will offer Kia customers greater performance and lower running costs, yet still ensure that any Kia model fitted with this technology remains affordable as an outright purchase. 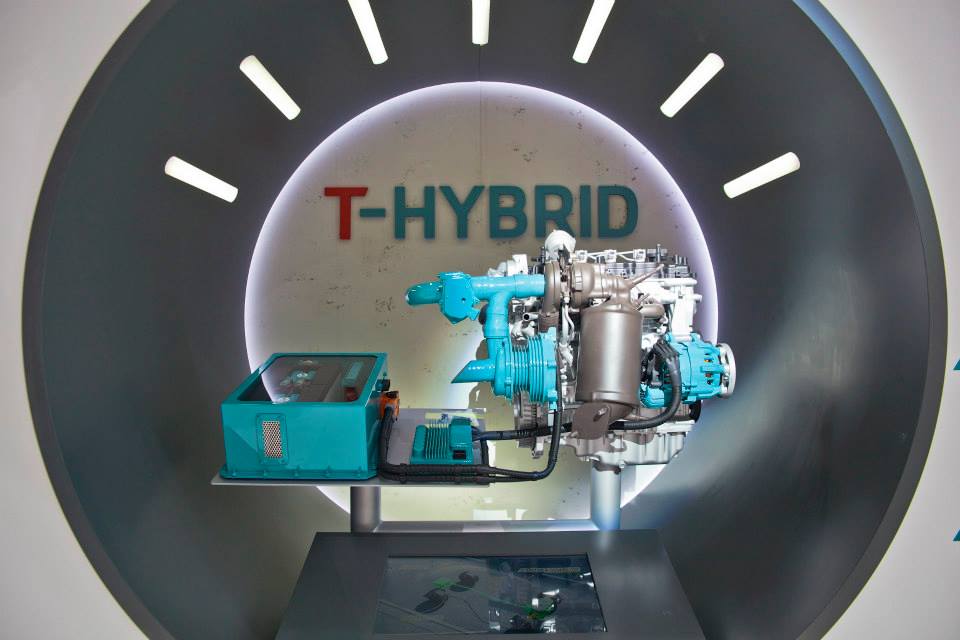 Still under development, no specific performance or fuel economy figures are confirmed for the new powertrain or its application in the Optima T-Hybrid show car. However, Kia’s engineers are targeting a significant reduction in CO2 tailpipe emissions and a power increase of between 15 to 20 percent for any model which could be equipped with the new powertrain. Currently, the Optima’s 136 ps 1.7-litre diesel engine produces CO2 emissions of 128 g/km (when fitted with ISG stop-start and a manual transmission).

No plans have been confirmed yet for mass production of the Kia Optima T-Hybrid show car. The T-Hybrid powertrain remains under consideration for new Kia models in the future.

← Prev: European All-New Kia Sorento to Debut at 2014 Paris Motor Show Report: Kia Soul to Get Turbo Power, AWD for the Next Generation →