Exclusive: Hyundai i20 Coupe Scooped for the First Time 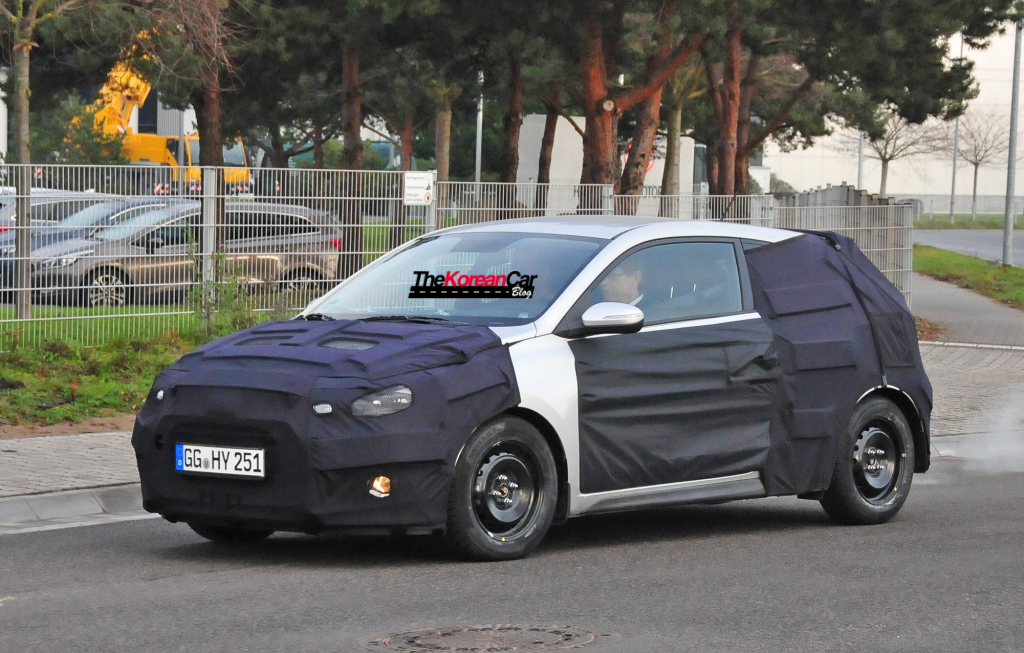 After Hyundai revealed a first sketch of the first time ever coupe model of New Generation i20, indicating how the company’s model range will grow beyond the recently revealed five-door version, today we can share with you exclusively the first spy pictures after the car will be “hopefully” previewed at tomorrow’s Hyundai Product Momentum show.

The new i20 Coupe promises to combine fun driving, a distinctive character and sporty refinement, with the enhanced practicality and quality already previewed in its five-door sibling.

The New Generation i20 Coupe features a more sharply raked rear pillar and a distinctive roof spoiler, enhancing its sporty exterior. In keeping with the New Generation i20 family, the Coupe’s long hood and generous proportions create a powerful stance, while the overall architecture maintains a clear and simple design. Meanwhile, at the back, the wrap-around rear window and unique treatment for the lamp clusters communicate the model’s sophisticated design.

Like the five-door version, New Generation i20 Coupe was designed and developed at Hyundai Motor’s Design Centre Europe in Rüsselsheim, Germany.