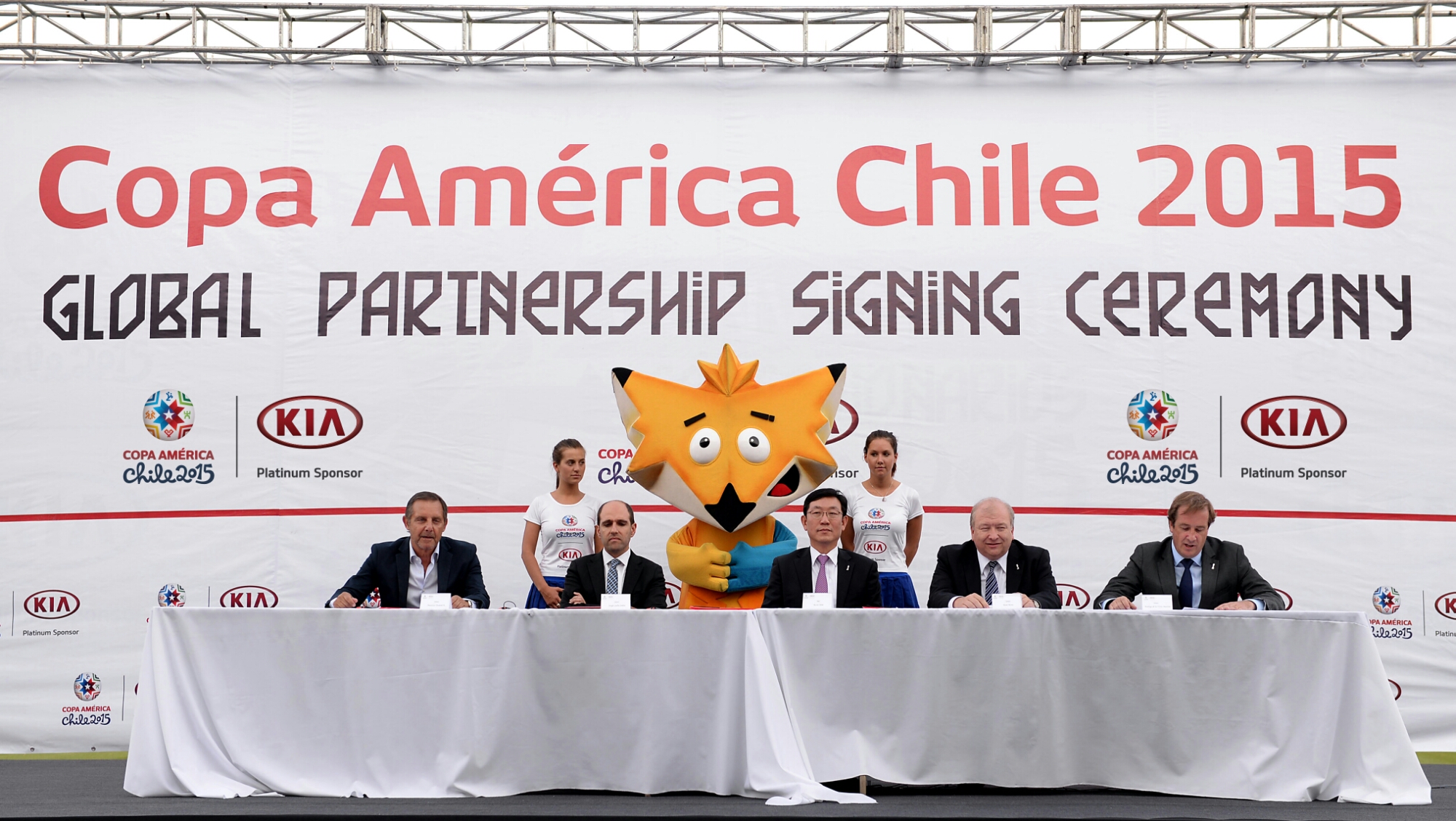 Today’s signing ceremony was attended by Kyung-Han Kim, President of Kia’s Central & South America Regional Headquarters, and Sergio Jadue, President of the Chilean Football Federation and the Copa América Chile 2015 LOC. “Kia’s sponsorship status of Copa America is now at the highest level, as we are the ‘Platinum Sponsor’ of the Copa America Chile 2015. We are very pleased for this opportunity to continue our involvement with the world’s oldest and South America’s biggest football championship,” commented Mr. Kim. “The signing of this sponsorship agreement with CONMEBOL is a clear indication of our commitment to creating an engaging and enjoyable experience for football fans, especially in the Central & South America region,” he added.

Copa América Chile 2015 LOC President Mr. Jadue said, “We are grateful to join hands once again with Kia Motors as we embrace their dedicated passion for the sport of football and its fans worldwide.”

The Copa América Chile 2015 is scheduled to kick off on June 11th with the champion to be crowned on July 4th. Ten teams from throughout South America (Argentina, Brazil, Bolivia, Colombia, Chile, Ecuador, Peru, Paraguay, Uruguay and Venezuela) and two non-South American invited teams (Mexico and Jamaica) will comprise three groups that will play in the tournament in eight cities across Chile (Antofagasta, La Serena, Viña del Mar, Valparaíso, Santiago, Rancagua, Concepción and Temuco). 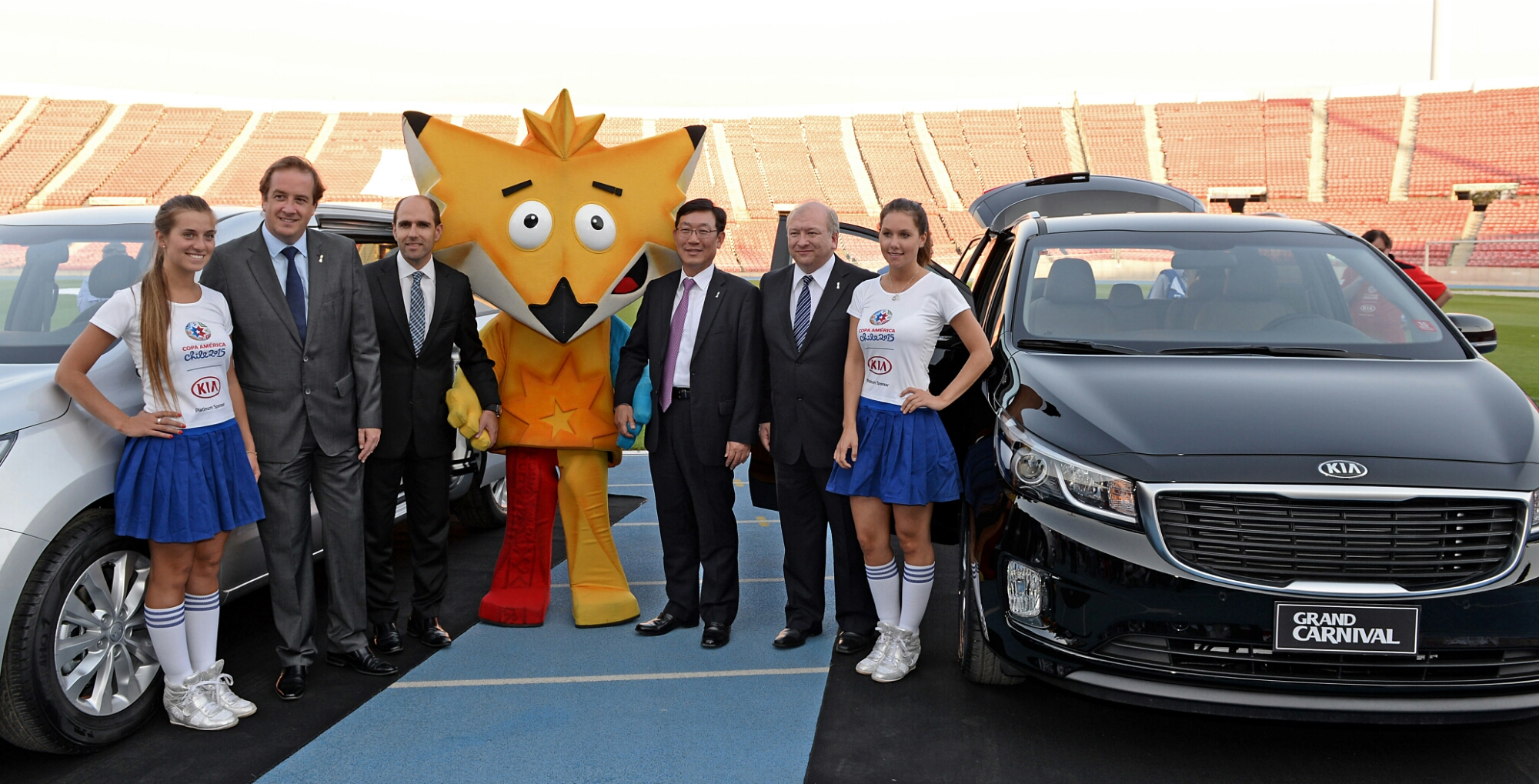 In the lead up to kick-off at the Copa America Chile 2015, Kia will supply 140 official vehicles to the local organizing committee (CONMEBOL) from its wide-ranging model line-up including the all-new Sorento CUV, all-new Grand Carnival (known as ‘Sedona’ in the US) MPV and Quoris (known as ‘K900’ in the US) flagship luxury sedan.

Kia will also seek to boost its brand image by illuminating its sponsorship presence through diverse marketing activities, including pitch A-board advertisements, TV commercials airing during the game broadcasts and Kia car displays at the tournament venues. In addition, Kia plans to activate various on & offline promotional campaigns in all of the countries participating in the Copa América Chile 2015 that will give consumers a chance to win a hospitality package to Chile that includes match tickets to one of their national team’s matches.