Two weeks ago, our friends from the german Hyundaiforum.de had a photoshooting for their 2016 Calendar. 12 of the finest (different) cars from Germany, The Netherland, Austria and Switzerland met up in Germany.

[ads id=”0″ style=”float:left;padding:9px;”]It all started on friday, where the first cars arrived. Beside our photograph David, some participants met up with us in the Ruhr area.  The meeting started around 16 o´clock and it gave us time to make photos until late at night.

Especially the nightphotos in some old industrial areas became great. Since making photos made us hungry, we finished the night at Roadstop in Essen which is an american burger restaurant.

The saturday startet around 10 o´clock at the carwash. After every car was cleaned we started our roadtrip through the Ruhr area. On our roadmap where several unique locations. For example a soccer stadium, an old coal mine and the Duisburg inner harbor.[ads id=”3″ style=”float:left;padding:9px;”]

Even in the raw-format the pictures are realy awesome. The 2015 calender was very good in our opinion, but the 2016 will be its class of its own. This is mostly an owe to the cars who applied to this photoshooting. Thank you to all the participants!

Involved in this photshooting and finaly in the calender 2016 are:

Here you have the movie of our small meeting and some pictures.
https://www.youtube.com/watch?v=9BpRphxVBGA 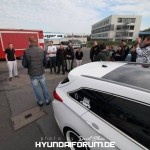 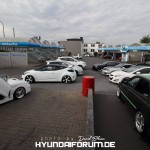 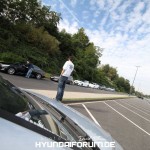 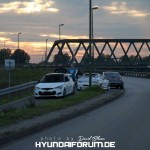 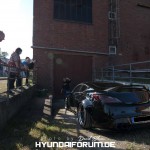 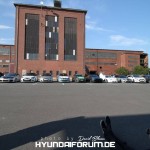 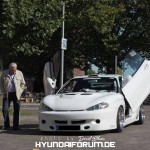 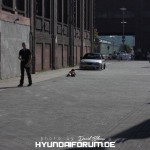 Hyundai Fan and driver since the Coupe GK. Now i am driving a Genesis and still in love with the company. I am admin of the german hyundaiforum and love to meet all the nice people we have in the Hyundai/Kia scene!