With the winter storms happening on the east coast it’s appropriate that we now have some interesting spy shots of the Genesis G70 testing in winter conditions!

Something that stands out is that there are now two different sets of exhausts which indicates there will most like be a few drivetrain choices.  These will probably follow the Kia Stinger choices which makes sense as they share the same platform.  The dual oval exhausts probably will go with a twin turbo 3.3l V6 and then you have the single dual tip rectangular exhaust that will most likely mate with the turbo 2.0l four cylinder engine. 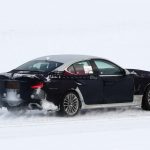 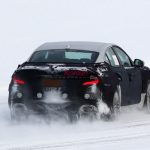 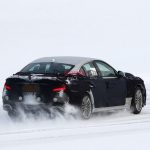 The fact that they are testing this vehicle in cold weather climates possibly indicates that they are also testing an all wheel drive system.  Rumors have it that there will also be a hybrid system which would make the G70 line-up a fairly formidable one.

Release dates for the this BMW 3-series fighter are still yet to be announced but we expect something to be showcased soon. 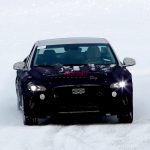 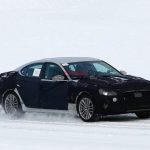 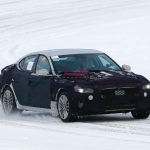 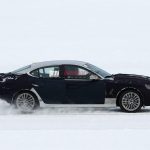 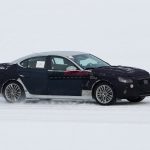