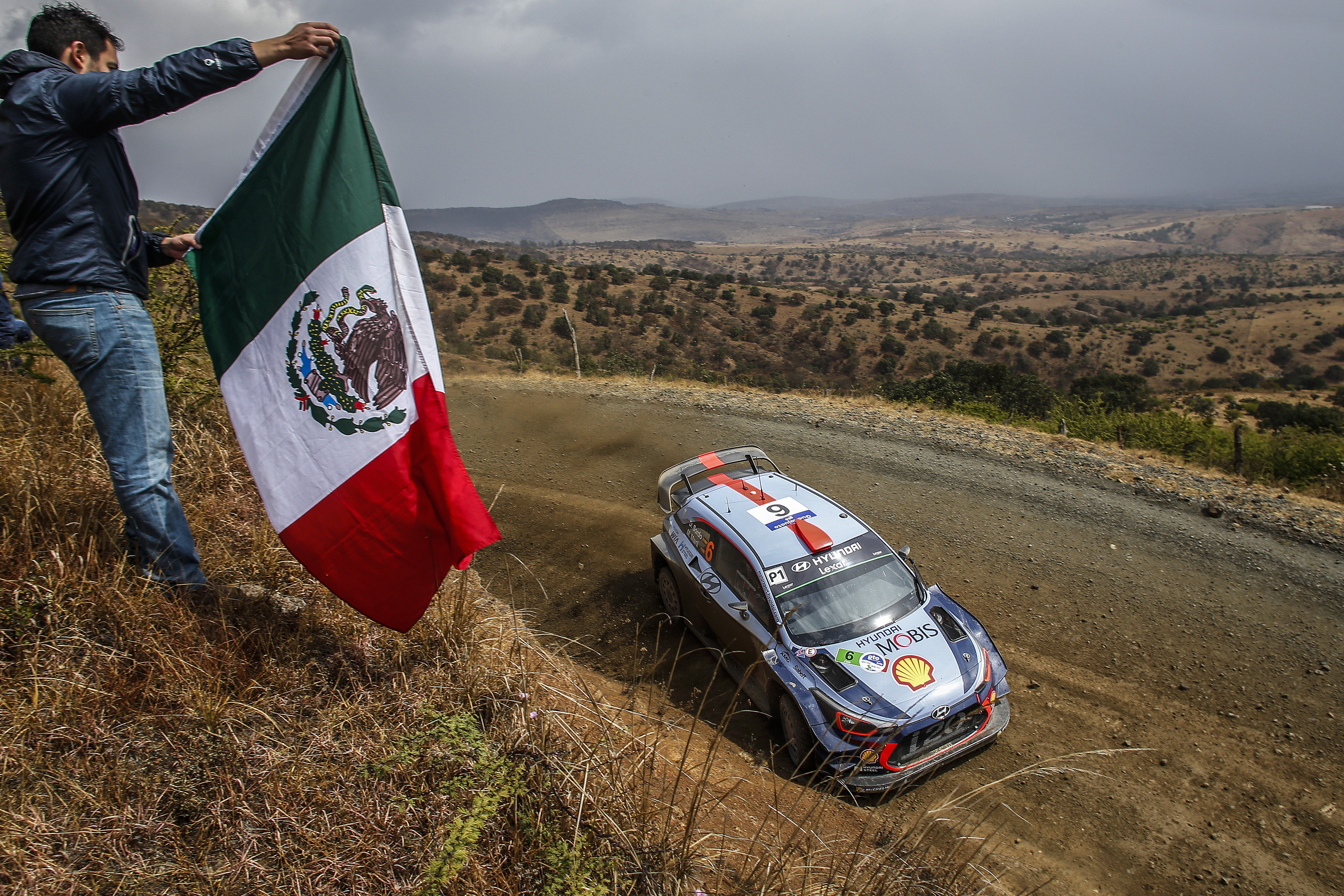 Only a few days before the next FIA World Rally Championship begins in the dirt roads of Guanajuato Mexico. With a drastic change of terrain compared to Sweden’s snow covered trails, Hyundai Motorsport’s drivers have been intently studying and practicing on what will soon become a fight to fend off the competition.

Mexico has a long history of off road racing. From the popular off-road trucks and buggies competing in the Baja 1000, to long rallies across the coast, Mexico is the perfect playground to compete since it tests cars with some of the roughest roads that are known for breaking axles and other parts if taken too lightly. Furthermore, the drivers face challenges of their own through physical and mental endurance of hot temperatures during the day and freezing temps at night. However, Hyundai is not unfamiliar with the challenges of Mexico with the team debuting a WRC podium in 2014 while scoring its first top-three result last season on the Mexican gravel. This season the Mexico Rally will cover 22 special stages that run over a distance of 344.49km beginning with a short street stage through the colorful mining tunnels in Guanajuato.

3rd Place podium winners in Sweden who attributed to Hyundai’s lead in the Manufacturers standings shared a bit of information regarding the event by Mikkelsen telling us, “Rally Mexico is an event I’ve done three times in the past. It’s a beautiful rally with stages that are similar from one season to the next, so we know them well. It is always a warm event, so we have to take care of the brakes. It is also quite a rough rally, which means it is very easy to make a mistake. There is typically a lot of road cleaning, and with stages being held at altitude the engine is our down on power, so it requires a slight change in driving. After finishing on the podium in Sweden, our first one with Hyundai Motorsport, I’m ready to fight for another strong result.”

First 2018 Winner for Hyundai in Sweden, and seventh total for Hyundai Motorsport. Neuville will be one of the first to test the dusty Mexican stages due to being one of the top drivers. Neuville tells us, “We head to Mexico on the back of our fantastic win in Sweden, so our motivation and morale could not be higher. Mexico is a nice event and one that brings back good memories. I got my first podium there in 2013, and then scored Hyundai Motorsport’s first ever podium just one year later. The rally has a more relaxed atmosphere, and it’s generally a lot calmer for the drivers. We arrive a bit earlier than normal in order to acclimatize and adjust to the time difference. It is the first event of the year with higher temperatures – and altitude – making it a unique and enjoyable challenge.”

Second event for the team in the 2018 season with two top-five finishes in Mexico with Hyundai Motorsport, Sordo says, “I was pleased to see the team score its first win of the season in Sweden, and I am happy to be returning to the line-up in Rally Mexico. I have always enjoyed driving on the Mexican stages, which are lined with many passionate rally fans, who cheer and support us throughout the weekend. Road cleaning in Mexico can create a big difference between those first on the roads and those behind. I hope we can benefit a bit from our position and compete near the front to help the team defend our manufacturers championship lead”.

Although Hyundai continues to improve its technology through motorsports endeavors like WRC, to remain competitive they must also cultivate their drivers to ensure both car and driver are at optimum shape to win such an event. For this, they have the Hyundai Motorsports driver development program in action with a separate team running the WRC 2 class in a 5-door WRC built i20 R5. Although new to the brand and vehicle, Jari Huttunen and Antti Linnake to scored two stage wins in the challenging Norwegian and Swedish stages, outpacing far more experienced crews, ultimately finishing in sixth. If it wasn’t for losing four minutes because of a snow bank, they would have been fighting for podium.

As they enter a whole new set of terrain in Mexico Huttunen commented: “In general, I was satisfied with our rally in Sweden and happy with the performance of the Hyundai i20 R5. There were areas where we could have made some improvements, but there were lots of positive points we could take away as well. Mexico will be a brand new experience, as I have never competed there before, so it won’t be easy. Our focus is on having a clean rally, and using the event as another valuable learning experience. Of course, we would like to show some good pace as well, but we know the WRC 2 contest is tough. We had a few days of testing in Europe to prepare ourselves and the car for the conditions we expect in Mexico, so I think we’re as ready as we can be.”

In short, Hyundai Motorsports is well on their way to starting the WRC Rally in Mexico with the right foot on the gas and looking to continue their lead over other manufacturers. We will be watching intently as the WRC built i20s tear the Mexican roads with unrelenting speed and precision.