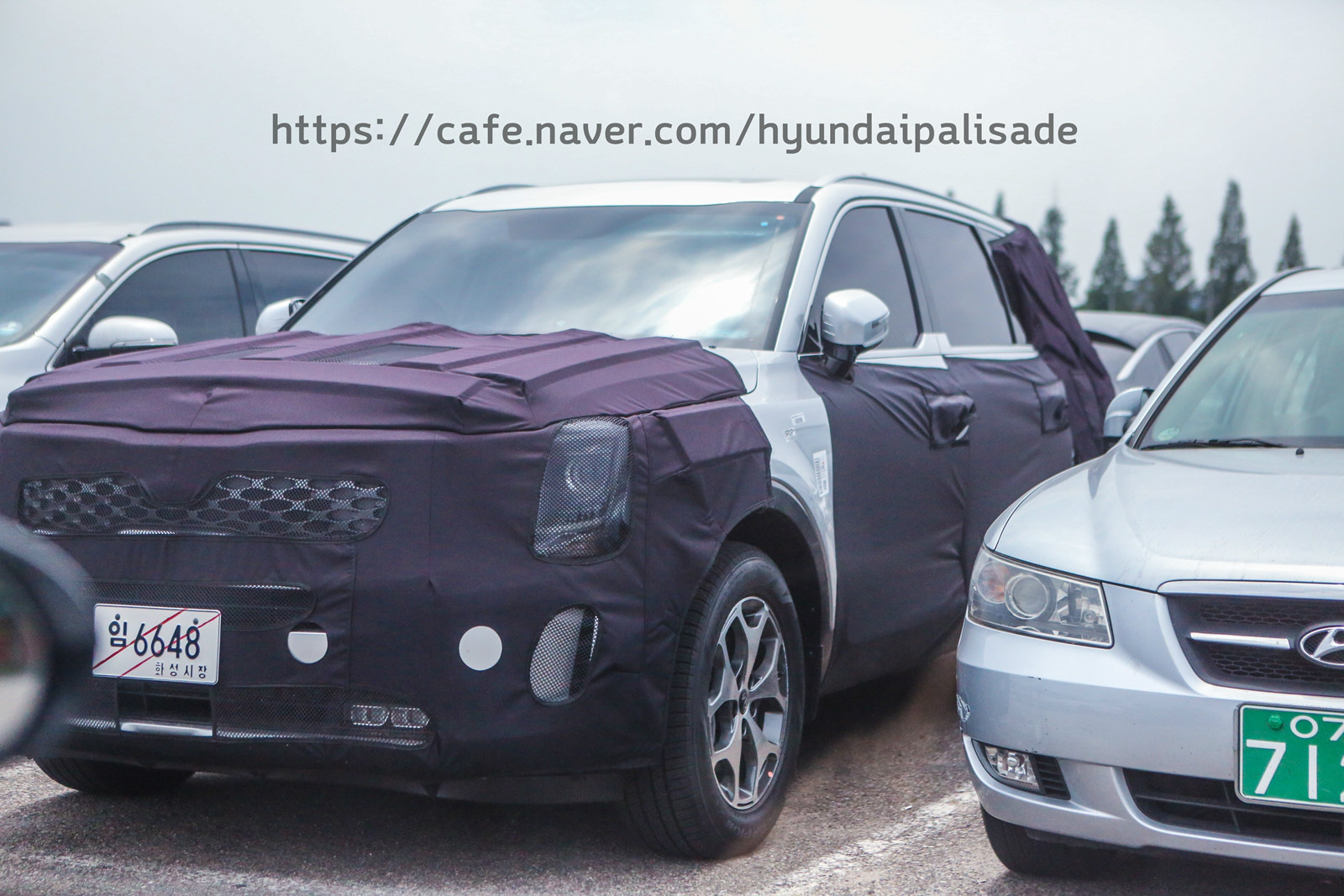 Kia’s big size-suv continue its testing program, at this time has been caught in the South Korea with less camouflage that help us to know that at we said before, the Kia Telluride will follow many of the design cues we have seen on the concept car, but at this time, not on the front headlights.[ads id=”9″]

Kia will try to transform the same muscular exterior design we have seen on the concept car to a production car, and this will make it appear radically different than any other Kia currently on offer.

Key aspects of the concept‘s design included its square shape, rectangular front grille, pumped up arches and chrome window trimmings. Telluride offers a look at Kia’s crossover future. But according to this picture, Kia won’t use the same headlights design if we compare between the concept car.

To ensure the vehicle appeals to SUV customers with a slightly less generous budget, a number of lower-end trims and a simple and intuitive infotainment system are also be offered. Not sure about what Kia put underpinning of Telluride, a front-wheel drive platform or shared the rumored K9 platform (as a recent report) with optional HTRAC AWD system.