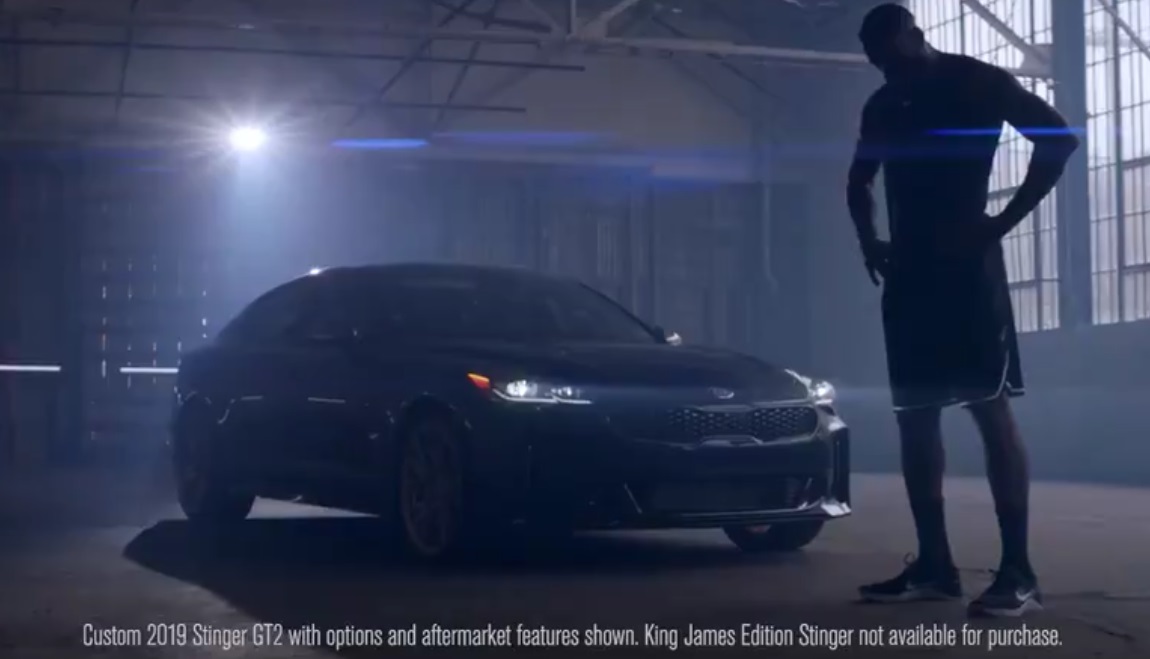 We read at LakersNation that King James will partner again with Kia Motors America to create the 2019 LeBron James Stinger GT Edition. The Kia Stinger have accomplished, just in a few months, its own mission: to change the perception of the Kia brand.

And now with this movement, will arrive to more people that still does not know about the car and the brand. Uninterrupted, the digital platform owned by LeBron James, released a cutting–edge video in which fans “can catch a glimpse of how two powerhouses in their fields became the greats they are today.”

The video shows how the custom 2019 Stinger King James edition vehicle was created, mixing with the creation and evolution of King James as a basketball player. It creates a parallel between the way James trains and performs with the development and performance of a car like the Stinger GT.

The vehicle is described as “a one-of-a-kind car, created for a one-of-a-kind icon.” It took enormous attention to detail over many years to create both.