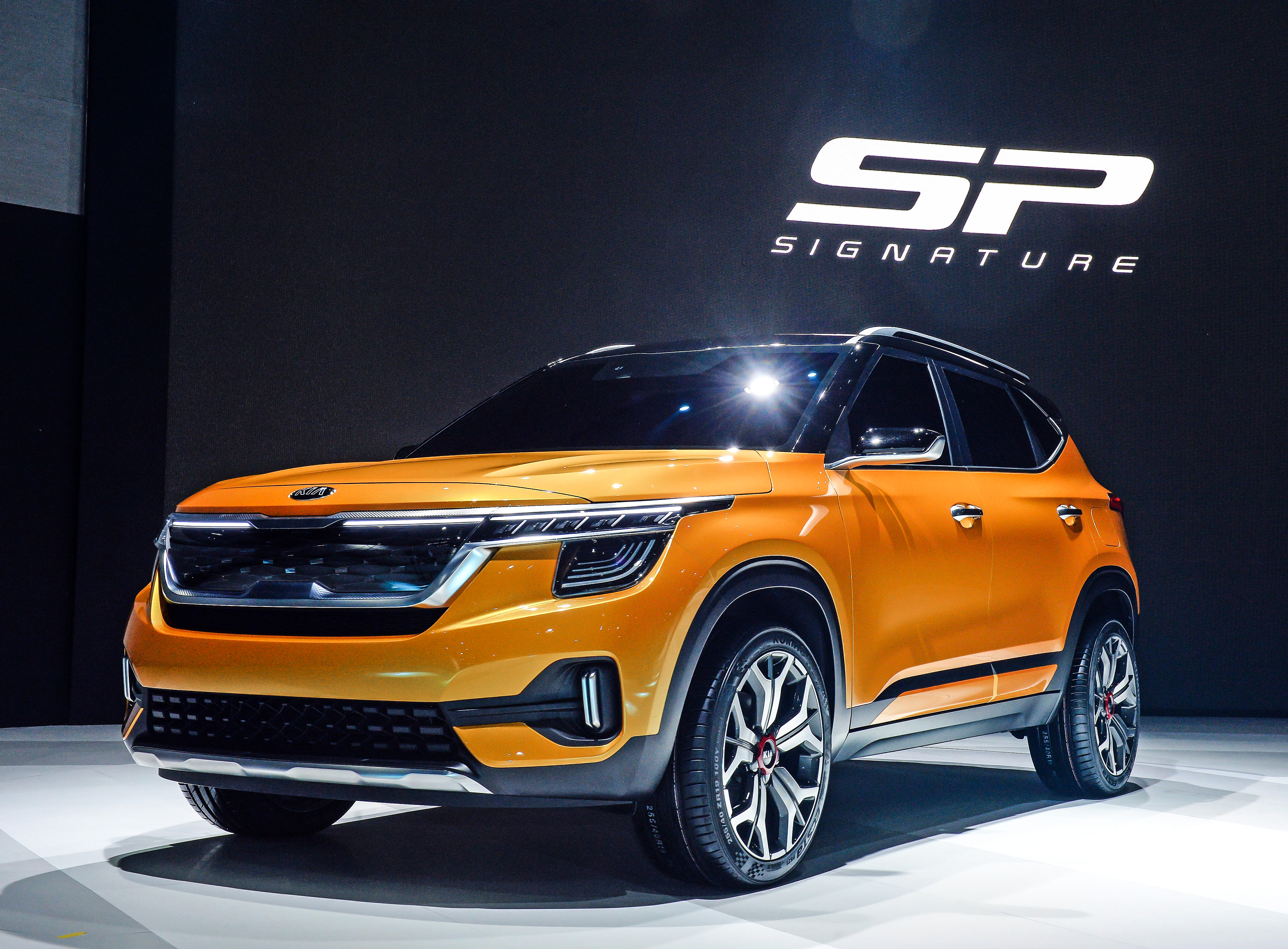 Kia today reveals an evolution of the SP compact SUV design, with the international debut of the Signature concept, a compact SUV that will mutate in the Tusker. This SUV is still unclear if is going to be launched at NY AutoShow in production form, or finally they’ll eclipsed again by Hyundai and the Venue and do not allow to reveal at the Big Apple (this already happened with the Palisade & Telluride).

Driven by advanced technology, the Kia SP Concept hints at the company’s plans to introduce a new small SUV for its global markets. Bold and stylish, the Signature combines sophisticated beauty, breakthrough technology, and high functionality in a smart, compact package.

With a wide grille and long hood at the front, and a rear design which emphasizes stability with wide rear lamps and body lines, the Signature stands out on the road.

At the front, its lamps are connected to the ‘tiger nose’ grille, with integrated daytime running lamps. Its strong shoulder line, with a glasshouse which tapers towards the rear of the car, lends the compact SUV an air of understated sportiness.

The exterior is completed with a series of distinct styling features, contributing to the car’s contemporary, technical design. These include thin LED lamps at the front and rear, sharp lines pressed into the bodywork, and precise metallic details.

As eye-catching as the latest Kia production cars, the Signature heralds the forthcoming arrival of a model for young trend-setters. The concept previews a production-ready compact SUV from Kia, due to be revealed for the first time later in 2019. The concept’s design will also influence future models destined for Kia’s global markets.