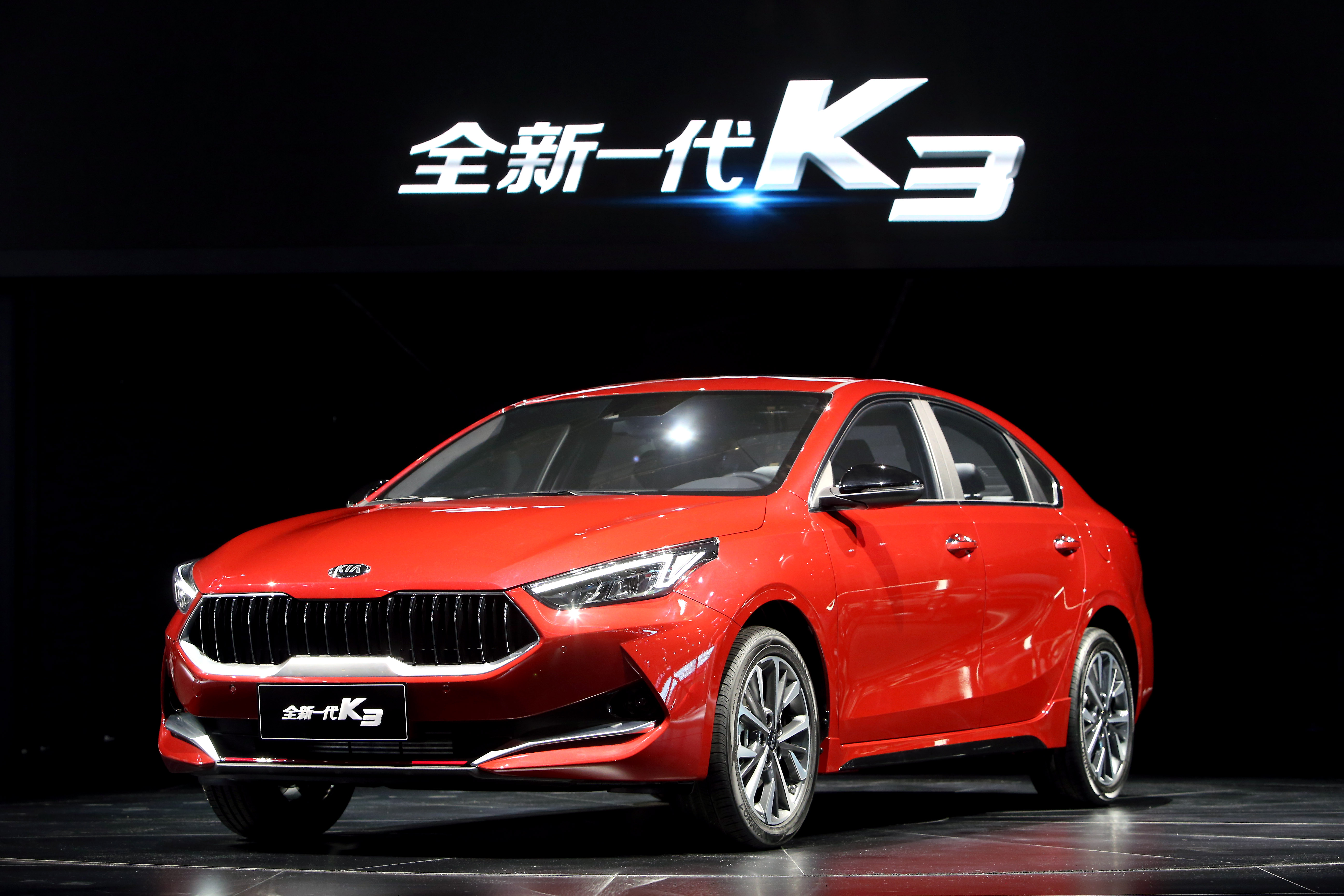 The latest version of the mid-sized sedan has been designed and engineered specifically for the Chinese market. The new K3 features a unique exterior design, matched by a spacious, high-quality cabin and powered by a range of highly-efficient gasoline and plug-in electrified powertrains.

In addition, the car is offered with a series of China-specific technologies and functionality. “The K3 has been designed and engineered with Chinese drivers in mind, and is built locally, with a range of features and characteristics aimed at exceeding the high expectations of young Chinese drivers,” said Jay Yoon, Vice President and Head of Brand & Marketing Group at DYK.

“With more space and technology than ever, and a stunning new design inside and out, the new model isn’t just a rational choice, but a highly desirable one, too.”

Following their debut at Auto Shanghai 2019, the K3 will go on sale across China in the second quarter of the year. The K3 and K3 Plug-in Hybrid are joined in Shanghai by DYK’s new China Touring Car Championship (CTCC) competitor, the K3 CTCC, demonstrating the dynamic performance potential of Kia’s latest model.

DYK is also displaying the new ‘Imagine by Kia’ concept, first seen at the 2019 Geneva Motor Show earlier this year, as well as interactive exhibitions of the brand’s latest in-car technologies.

China-exclusive K3 revealed with stunning new design Making its debut in Shanghai is the new K3, created exclusively for Chinese customers and offering a range of new design and technology features. The design of the new K3 was overseen by Vice President and Head of Kia Design China, Oleg Son.

The vehicle’s bodywork is characterized by smooth, sculpted surfaces and sharp, precise lines, creating a clean, modern aesthetic that stands out on the road. Precision details give the new K3 a modern, technical appearance, including the ‘heartbeat’ light signature in its LED head- and tail-lights, a visual cue hinting at the car’s ability to quicken the pulse of its owners.

The new K3 is available with a range of powertrains engineered to meet the unique tastes and requirements of Chinese drivers. The car is offered with two gasoline engines – a 1.5-liter gasoline engine, and a 1.4-liter turbocharged gasoline direct injection (T-GDi) engine.

The 1.5-liter engine offers best-in-class fuel efficiency, while both engines offer exciting, fast-revving on-road performance, despite their downsized displacement. The K3 Plug-in Hybrid is also revealed for the first time in Shanghai, designed to consolidate DYK’s position as a leader in the new energy vehicle market.

The exterior and interior of the K3 Plug-in Hybrid are subtly different from the more conventional K3 models, with a design intending to reflect its aerodynamic, highly-efficient nature. The Plug-in Hybrid model features its own distinct ‘ECO plug-in’ badges on the outside, while its infotainment system enables users to search for nearby recharging locations.

Inspired by the brand’s high-powered ‘GT’ models, the K3 CTCC is tuned to deliver podium-topping performance on the race circuit. The vehicle will be entered into the 2019 CTCC.