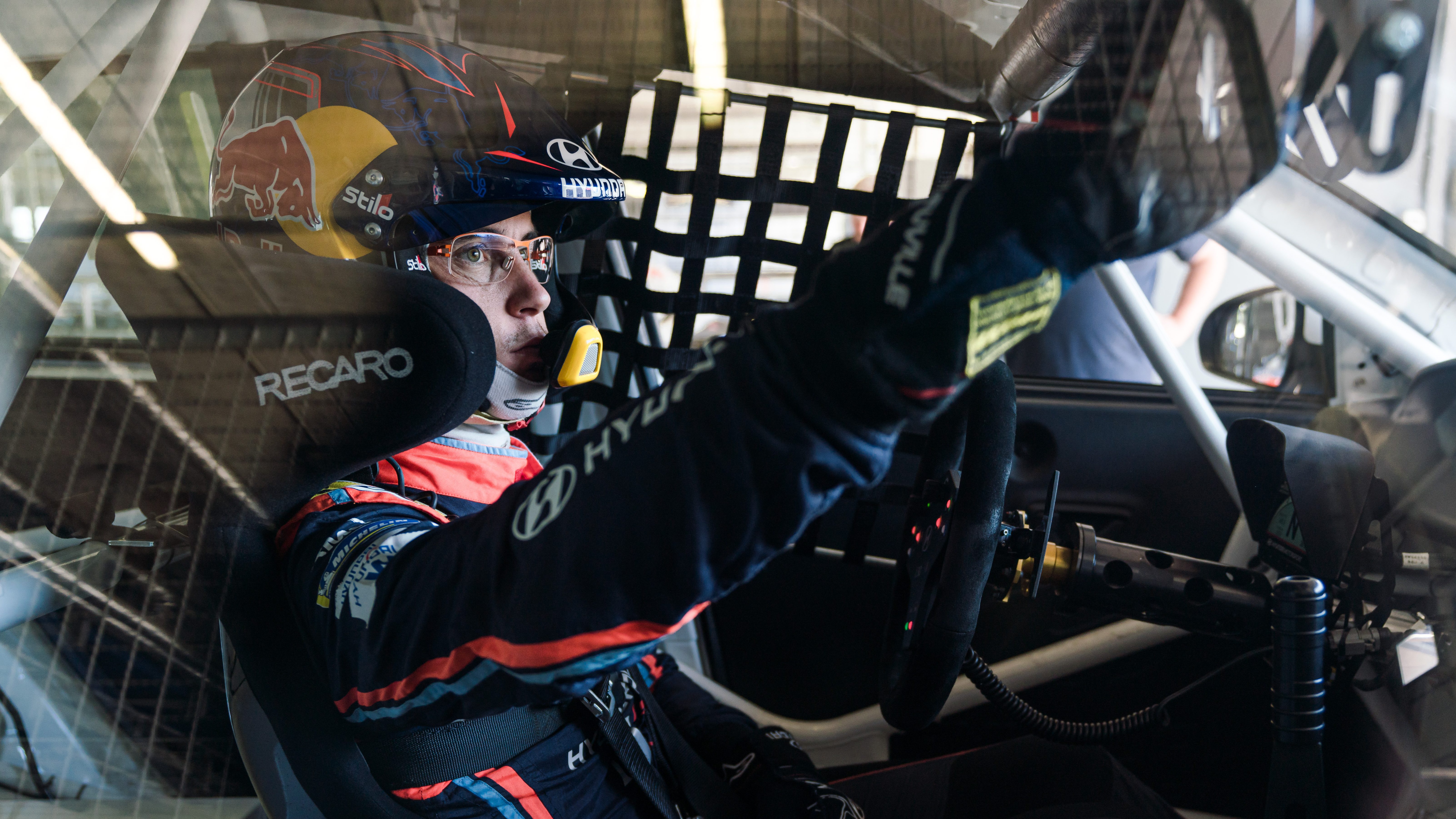 Just one week before the demanding ADAC Rallye Deutschland, Hyundai WRC driver Thierry Neuville (Belgium) will make a guest appearance on the circuit.

At the ADAC TCR Germany round at the Nürburgring (August 16-18) the rally racer, who current sits in third place in the FIA World Rally Championship (WRC), will be driving the VIP car for Hyundai Team Engstler. The 31-year-old is particularly looking forward to getting behind the wheel of the Hyundai i30 N TCR, having already completed his first test drives on the Eifel course.

Thierry Neuville is currently one of the fastest rally drivers and the most successful Hyundai Motorsport pilot in the World Rally Championship. He has won a total of eleven WRC races so far with the Hyundai i20 Coupe WRC, including in Corsica and Argentina this season. The Belgian is currently in third place in the WRC, 25 points from the top of the standings.

Neuville was born on 16 June 1988 in Sankt Vith, Belgium, around 15 kilometres from the Grand Prix circuit in Spa-Francorchamps. It is therefore unsurprising that he caught the motorsport bug at an early age.

When I was a kid, we often went to Spa for Formula 1 or the 24-hour race. But I already liked rallying more back then. When we went to rallies, my tension was always greater because there was more action there. That’s why I always wanted to contest a rally.

In 2007, at the age of 19, the time had come. After initial successes in his home country, he soon competed internationally, first in the Junior World Championship, then in the Intercontinental Rally Challenge.

Neuville made his debut in a World Rally Car at the Monte Carlo Rally in 2012 and ended his first World Championship season in seventh place overall. One year later, Neuville narrowly missed the title as the overall runner-up. In 2014, the rally ace switched to Hyundai Motorsport – a successful partnership that has continued ever since. In the same year, Neuville clinched the first WRC victory at the ADAC Rallye Deutschland for the Alzenau-based team. In the past three seasons, Neuville, who has triggered a rally boom in his home country and neighbouring regions, has finished second in the WRC.

The Hyundai i30 N TCR with a power output of 350 PS (257 kW), which will be used by Hyundai Motor Deutschland on behalf of Hyundai Team Engstler as a VIP car in the current ADAC TCR Germany season, was tested by Neuville for the first time at the Nürburgring in July. He was coached by Luca Engstler, the brand ambassador of Hyundai Motor Deutschland and second in the ADAC TCR Germany in 2018. “The touring car is much closer to the production car than the World Rally Car, which is much more extreme,” says Neuville, commenting on the differences between his actual work equipment and the TCR vehicle.

Both cars are great fun and are winning cars in their series. The WRC has four-wheel drive with an adjustable centre differential, around 400 PS and more specialised aerodynamics, while the Hyundai i30 N TCR has less power and is a front-wheel drive. The rally car has also been designed to be fast on a wide variety of surfaces – gravel, snow or asphalt. Therefore, it has a fundamentally different design than the circuit car.

For the race weekend at the Nürburgring, the Hyundai driver has set himself some high goals despite his limited circuit experience:

I already have a good feeling in the Hyundai i30 N TCR after my first test laps, but on Thursday before the race at the Nürburgring we will run some tests on site there. FIA WTCR champion Gabriele Tarquini, who co-developed the Hyundai i30 N TCR, will also support me then. The other drivers in the ADAC TCR Germany are all touring car specialists too, and it will be difficult to drive in the front. But I think I might have a surprise in store for you. I’m sure I can take something from the circuit with me that will help me with the asphalt rallies.

Busy times are ahead for Neuville after his TCR guest appearance. He competes in the ADAC Rallye Deutschland the week after the Nürburgring (22-25 August). The 31-year-old will then compete again in the Hyundai i20 Coupe WRC at the German WRC, which goes around Lake Bostal in Saarland, the Moselle vineyards and on the legendary stages of the Baumholder military training area.