Why is Soul popular in the US for over 10 years? 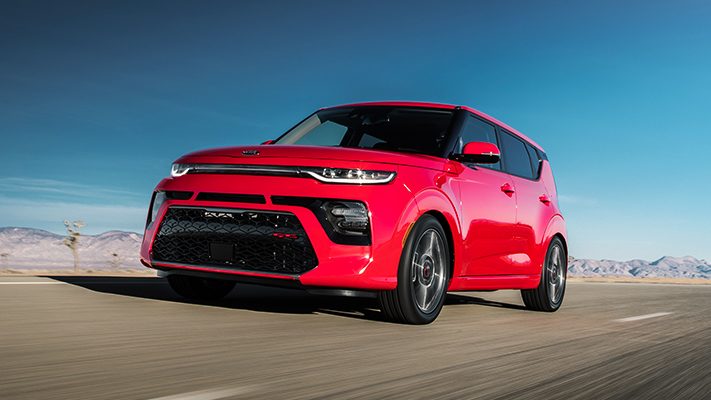 Kia Soul is still popular in the United States. Since the launch of the first generation in 2009, we have learned about the popularity of Soul, which has not lost the top position in its class for more than 10 years.

The Soul is a compact model that represents Kia Motors in the United States. Since debuting in the U.S. market in 2009, it has not missed the top spot in its class for the first half of this year. Soul, which sold about 31,000 units in its first year in the US, recorded sales of about 67,000 units the following year and exceeded 100,000 units in the third year. In March last year, it exceeded 1 million cumulative sales in nine years after entering the US.

Nissan Versa, which ranks second in sales in its class after Soul, also decreased. Versa’s sales last year were more than 75,000 units, down 29% from 2017. Versa sales for the first half of this year are about 48,000 units. The sales volume has been boosted ahead of the new release. However, Soul’s sales for the first half were less than 55,000. Previously, Soul kept 100,000 units in 2018, ahead of the launch of the new 3G. In particular, while the size of the small car market and competitive models both declined more than 20% last year, the sales volume of Soul was not large. So why is Soul’s sales so steady?

Diversity not tied to one model

Soul is the most popular reason for its variety. American consumers see Soul not as a boxed boxcar, but rather as a model that can be used as needed. Soul is now part of the small hatchback market in the United States. Because of the trunk structure. This includes the aforementioned Nissan Versa, Ford Fiesta and Chevrolet Sonic.

In 2009, the first generation of Soul debuted as a box car. At the time, box cars such as Nissan Cube, Scion xB and Honda Element were active. According to Wars Auto, a US auto media company, the box car was already on the downswing in the small car market, so it was impossible to be optimistic of the Soul debut.

Soul hit the market with a differentiation strategy. Rather than highlighting the cute side with a small wheel on the square body, the bold style of the voluminous feels good response. While Soul sold more than 115,000 in 2012, xB sold less than 20,000 units and cubes sold less than 10,000 units, while Honda stopped selling elements. They are now both discontinued due to sluggish sales or withdrawn from the market.

Soul now competes with small SUVs. Soul’s diversity is reflected in the classification of American media. Some media classify the Soul as a small hatchback and some as small crossovers or small SUVs. In May, the car rating agency, Kelly Blue Book (KBB), selected Soul as the number one in the top 10 best models under $ 20,000. The appealing points of KBB’s soul were its bold style, versatility like SUV, and practicality. Soul diversity, including boxcars, hatchbacks, crossovers, and even small SUVs, was a major contributor to the number one market.

Driving performance with a solid base

Soul’s superior merchandise comes from its solid base. This is a strength that is also revealed in the evaluation of the actual driver. According to JDPower, a global market researcher, Soul drivers are attracted to Soul’s quick response, precise handling and powerful acceleration. One of the major buying factors is the performance of the Soul.

American consumers value the athletic performance of their cars. This is because the driving time is relatively long. And this trend is getting stronger. According to a report from the American Automobile Association (AAA), US drivers have an average weekly driving distance of more than 220 miles (about 354 km), about 5 percent higher than in 2014. The driving time has also increased by about 20 minutes. The 2017 survey of the American Bureau of Rescue found similar results. The commute time for US drivers has increased from 26.6 minutes in 2016 to 29.9 minutes.

For reference, the Soul has provided stable driving sensation with engines with more output than the first generation and 16-18 inch tires. Starting with the third generation, the GT line also runs a 1.6 liter turbo engine with a maximum output of 201 hp. KBB explained that the cornering performance is comparable to the mid-range.

. In a JD Power survey, 72% of drivers say they prefer cars that stand out from others, and they are satisfied with their design. The design competitiveness of the Soul can be confirmed through various awards. Soul has a history of receiving the 2014 Red Dot Design Award, the IF Design Award and the Good Design Award. KBB also rated the design of the 3rd generation Soul as a ‘free style’.

Soul’s strengths include superior interior quality and a wide range of convenience equipment. Soul has been awarded the best quality award in the small and multi-purpose vehicle category for three consecutive years by the New Car Quality Survey (IQS) conducted by the US JD Power since 2015. In the JD Power survey of Soul drivers, interior completeness was also a strong point.

Of course, Soul is taking full advantage of the box car. The box body peculiar to boxcar is highly utilized. There’s plenty of room for luggage, as well as overhead space in the back seat. American media also appreciate Soul’s practicality. Edmunds.com, an American automotive media that classifies the Soul as a compact SUV, selected Soul as the best compact SUV, following Hyundai Kona. “Equip yourself and get better performance.”

also called Motor Trend, a US automobile magazine, defines the Soul as a compact car with a spacious space. It’s about the same as the top car. ” In August, US Forbes magazine said, “The Soul can be fitted with a full-size car seat that is difficult to fit under midsize SUVs. The high roof and the low floor ”.

This characteristic of the soul fits well with the lifestyle of Americans who enjoy a lot of leisure and travel by car. In May, Fox News reported that Americans prefer to travel by car over airplanes. A survey of 2000 US consumers found that 73% of respondents preferred cars as a means of transportation.