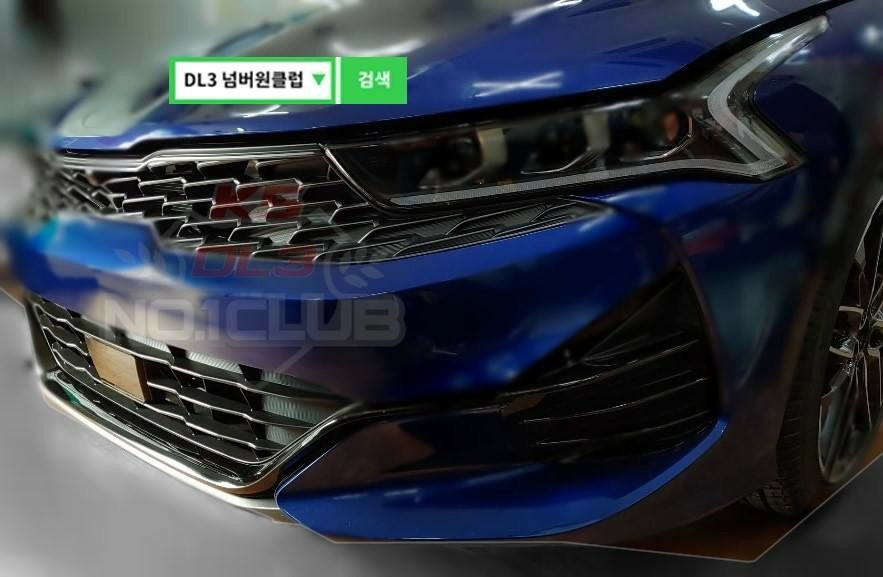 While yesterday Erick have published a leaked picture of the chinese Optima, today we have the first leaked pictures of the front end of “regular” next-gen Optima, codenamed as DL3. Lets check out the changes and also similarities we have found so far.

Previously we stated similar pictures were the DL3a, since some of the key elements were hidden but now since all the elements are shown, we can notice this is actually the Chinese version, DL3c.

This front end is similar but at the same time is has a different look than the regular Optima will look like. The first thing you’ll notice right away its the big grille , this is something the Chinese market like to see on their vehicles and its not the exception with the Optima. The grille extends all the way to the bottom of the headlight also the lines are horizontal and in between some diamond shape.

The bottom grille is also longer with the fog lights now at the end of the grille instead of at the vents. The vents remains at the same position but are now slimmer since the fog lights are moved.

The headlights remain the same and now we get a close up of the DRL light while they are off. It’s similar to the number 2 shape which follows the fender new design, this will be a very define factor to recognize the next-gen Optima. Also found on the top grille is the front camera, right on the top middle of this enlarged grille.