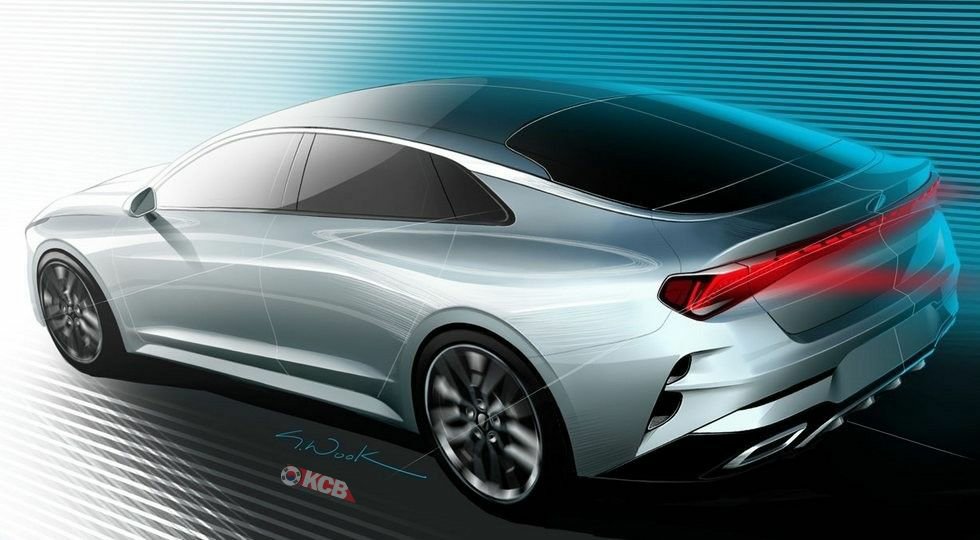 Kia Motors have unveiled a some days ago a pair of rendering images of the third-generation K5 (known as Optima for overseas markets), which is scheduled for release in December. This renders were highly criticized by fans due to being so much conceptual and not pretty real, but we have managed to got an additional render that were leaked on Kia Motors website for a few minutes, and then dissapeared, that could be more loyal to production version.

Along with the concept of ‘evolution of dynamics’, we applied ‘Tiger Face’, the next-generation design direction of Kia Motors. Let’s take a closer look at the rendering image of the new K5, from its bold and dynamic appearance to its high-tech interior.

Kia Motors strengthened its sporty image to exceed the existing K5’s excellent design and realized the strong impression and presence of the 3rd generation K5, which can be seen at a glance. The new K5 has evolved from the evolution of dynamism into a sleek fast-back style with its design concept, while Kia Motors has aggressively applied bold design elements to create an intense and futuristic image.

The exterior design of the new K5 is stable and dynamic through the combination of previously separated elements. In particular, head and rear lamps, shaped like a heartbeat, are applied to boost liveliness and dynamics. The new K5 also features a thicker side glass molding that extends to a shorter trunk lid and features a bold, sleek fastback-style image and an intense lighting structure in conjunction with front and rear molding.

In particular, the front panel broke down the layout of the K5’s separate radiator grille and headlamps, and organically connected the grille and headlamps to show the ‘Tiger Face’ that evolved from the existing Tiger Nose. . Tiger Face is a design element that shows the direction of Kia’s next-generation design and will be applied to Kia’s new cars in the future.

The interior of the new K5 is designed with the concept of ‘driver-oriented future orientation’. High-tech, futuristic images through a three-dimensional display that connects from the dashboard to the door and opens up spacious interiors and openness through horizontal garnishes across the interior of the vehicle, seamlessly connecting clusters and AVNs (Audio, Video, Navigation), and It features asymmetrical driver seat layout that wraps around the driver.