Kia Optima to be Renamed as K5 for Overseas Markets 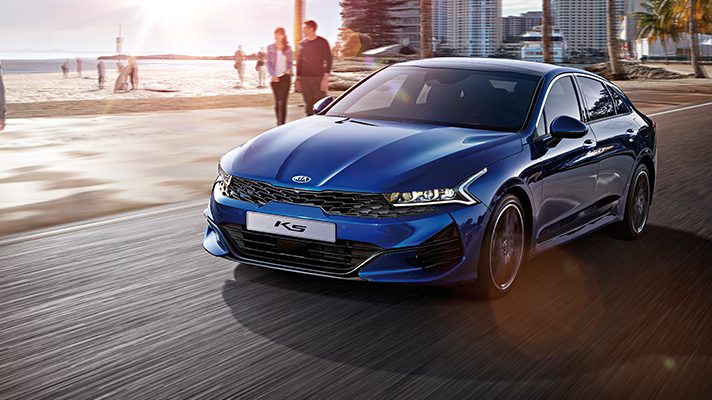 As Kia just released the K5 for the South Korean car market today, as well as make debut event for Middle East, we have got a tip from CarNewsVip that Kia will replace Optima name for K5 name for overseas markets, including U.S-market, and today we got the final confirmation from Kia officials in South Korea. So Optima is dead, say hello to K5.

The new Kia K5 brings with it a sporty, modern and bold character. The front of the car is characterized by Kia’s imposing new ‘Tiger Nose Evolution’, a wide, three-dimensional design which integrates the grille and headlamps more organically than previous iterations of the K5.

The texture of the grille is modelled on the texture of shark skin which has powerful and sporty image. The grille is made with a matrix of interlocking details to give the K5 a classy and dynamic look. The K5’s new front headlamps feature a distinctive ‘heartbeat’ daytime running light signature.

The new-generation K5 is already on-sale in the brand’s domestic Korean market.