Is Genesis Missing the Opportunity? 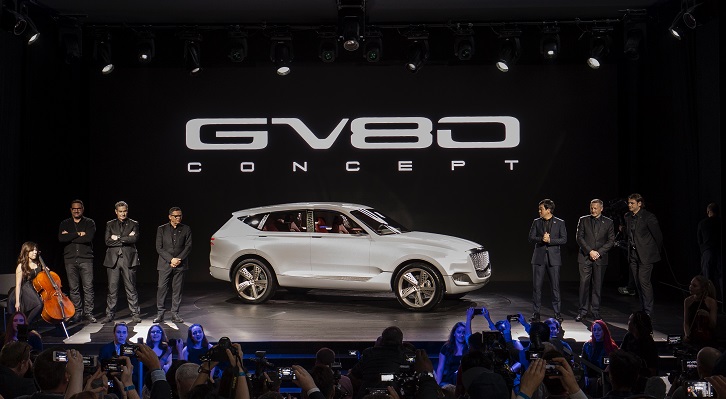 While we continue awaiting for the launch of the 3rd generation G80 or brand’s first SUV, the GV80, after numerous delays the situation of the Hyundai’s luxury brand could be worse than ever and could have lost their “momentum”.

Genesis is already on sale in Canada, Russia, the Middle East and Australia. The brand is also planning to expand into China and Europe, but for example the European operations have been delayed several times (remember that the actual G80 was sold with Genesis & Hyundai logo for a short time).

The man tapped as the new global head of the Genesis premium brand will be tackling big expansions into new segments and markets but also figuring out what to do about the brand’s low consumer awareness, due to the lack of dealers and range of vehicles, specially about SUVs. Genesis is the only luxury brand that still not have any SUV on its range.

Unfortunately for Yong-woo “William” Lee, Hyundai Motor Group’s top-rung marque could be on its lowest momentum from rising quality, design and product. Lee, a 60-year-old Hyundai veteran with U.S. and other international experience, was appointed to lead South Korea’s homegrown premium contender last week. He assumed the post on Nov. 1.

Lee takes over at a critical time for Genesis as it builds out its U.S. and Canada sales network, embarks on the rollout of the brand’s first crossovers and eyes expansion into new markets, including possibly China and Europe. Still to be resolved is the spinoff of a standalone sales channel in the U.S.

But Lee will also need to create a higher profile for Genesis, which was spun off from the Hyundai brand in 2015. Despite positive reviews from car buffs, Genesis still has lower U.S. market share than the likes of Jaguar, Mini or even Porsche and Tesla.

Since going solo, Genesis has won accolades for its innovative product and sterling quality. Genesis led J.D. Power’s Initial Quality Study in 2018 and 2019. This year, the G70 sedan was named North American Car of the Year and MotorTrend Car of the Year.

But sales of its three-sedan lineup, while climbing, are still meager. U.S. volume was up 67 percent to 14,909 units through September, with market share of just 0.1 percent. The G70 sporty sedan is the brands’ top seller, accounting for more than half of Genesis’ sales in the U.S.

Lee replaces Manfred Fitzgerald, who left Genesis after nearly four years at the helm. The new brand chief previously served as regional executive adviser for the Americas. Before that, Lee was the first CEO of Hyundai Motor North America, president and CEO of Hyundai Motor Brazil and senior vice president of the company’s overseas sales division in Seoul.

Hyundai said that Fitzgerald departed to pursue new opportunities. Fitzgerald had led Genesis since January 2016. He oversaw the ramp up of Genesis as an independent brand and its establishment as a standalone U.S. sales channel. Completing that spinoff, which had been due to happen in 2022 or thereafter, may now fall to the new leadership.

Hyundai said Lee will work closely with recently appointed Genesis North America CEO Mark Del Rosso. Genesis plans to expand into regions including Russia, the Middle East and Australia. Key will be the addition of two crossovers: a midsize GV80 that could arrive in the U.S. next spring or summer, and a compact GV70 expected in 2021.